Even though we had three amazing and delicious sit-down dinners, I feel like some of the best eats we had were from little stops all over the island of Oahu. Often times, it is these little stops along the way that makes the trips more fun and exciting. It’s also these little stops that offer the most authentic, Hawaiian island feel. 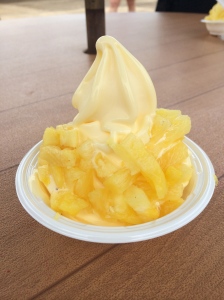 Along the way back from visiting the North Shore, we hit up the famous shrimp trucks. I’ve had Fumi’s and my cousin has had Romy’s – we both agree that Giovanni’s Shrimp Truck is the best. The shrimp is de-veined and headless – perfect for eating. All the shrimps are pretty much the same size and you get a heaping portion of rice with garlic sauce with each order. The garlic is definitely the strongest here – you’ll smell it in your car for days! Be sure to get a side of their mac salad, it’s pretty darn good to go with the delicious Shrimp Scampi. 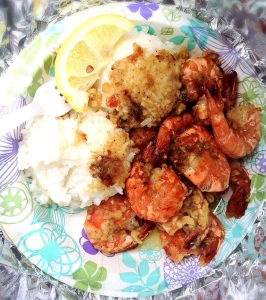 Dinner that same night was a hurried stop at Pa’ina’s Café for some delicious poke. They close at 6pm on weekends so we had to rush back from the North Shore to pick up some poke bowls. We ran in at 5:45pm and managed to order their Ahi Tuna Crunch Poke Bowl (XL). The portion sizes are unreal – the amount of ahi tuna inside my poke bowl was so generous that two of us couldn’t even finish it. The ahi was super fresh and tasted oh-so-good. Be warned though – the crunchies can get soft if you don’t eat the poke bowl right away.

Another hidden gem that I absolutely love is Nisshodo Mochiya, which my cousin introduced us to the first time we visited Oahu. It’s located inside a warehouse and you literally cannot find it unless you have a GPS or someone to show you. Nisshodo sells homemade mochi products, but my favorite is their Chi Chi Dango, small pieces of plain mochi that are squishy, soft, and just a little sweet. They’re super affordable and very easy to just gobble down an entire pound. 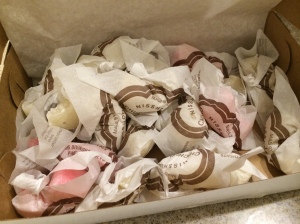 I don’t have a picture of this – because I keep gobbling them down before I take a picture, but the Poi Doughnuts at Kamehameha Bakery are literally one of the best things I’ve ever eaten. It doesn’t taste like taro at all – it just tastes like sweet, pillowy heaven. The doughnuts are so soft – even after a 10 hour plane ride back to NYC.

Jump into your car and venture off into the tiny pit stops along the road – they have the best eats and the most authentic Oahu feel. While I love a sit-down meal with waiter service – I also really love discovering delicious, cheap eats.