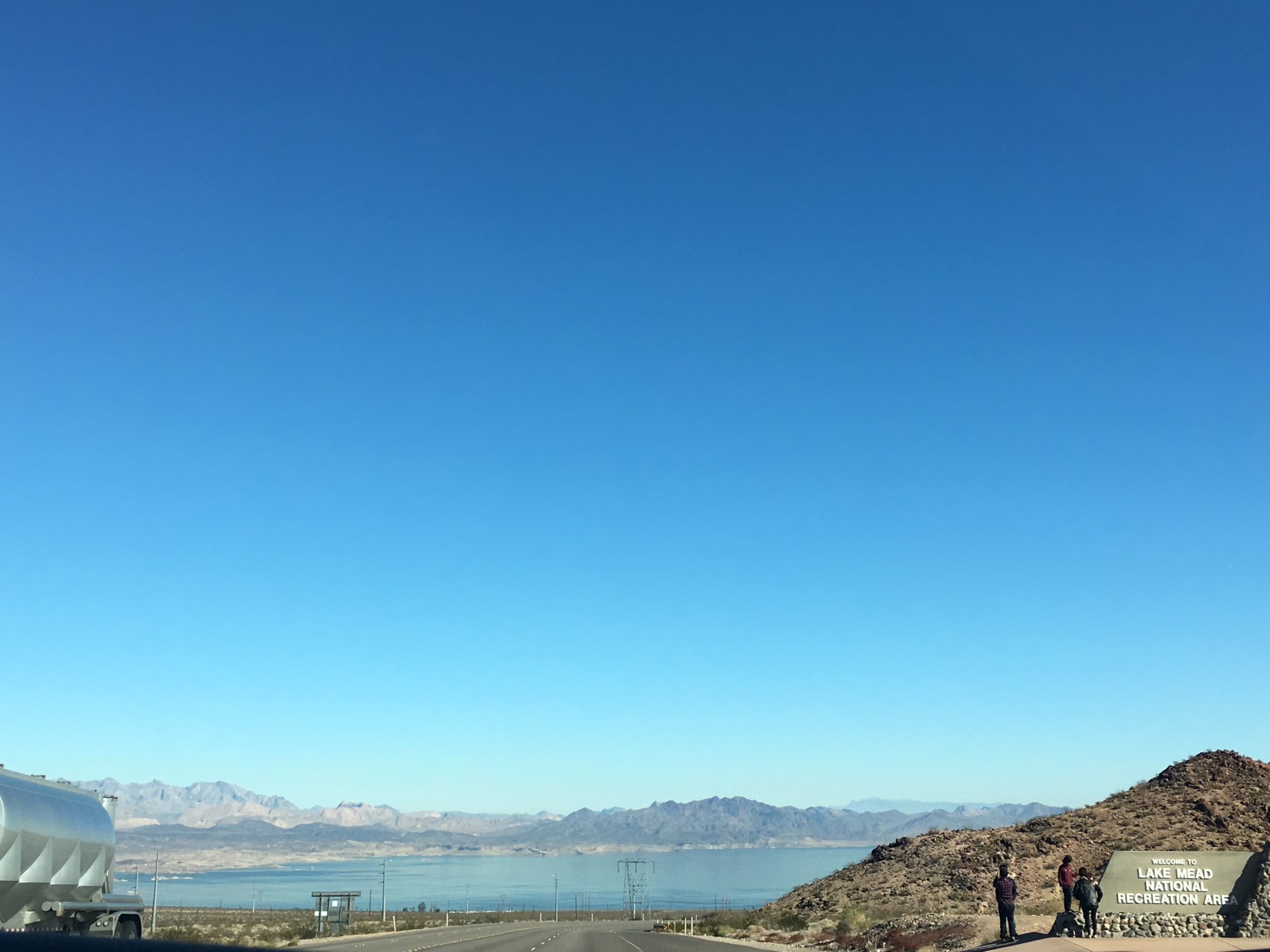 Technically, we didn’t stay in LV for Day 5 and only spent half of Day 6 there. Still, since it was where we started off and ended, I’ll label it like so!

X and I woke up early to pick up the rental car from the airport and then drove back to pick up S and M. We ended up with a slow start since there was a hot choco issue in the car. Our first stop was Boulder City to pick up some sandwiches for lunch and to have breakfast at World Famous Coffee Cup, which S found online.

They were featured on Diners, Dives, and Drive-Thru’s so we wanted to try it. I made my own omelet with mushrooms, cheese, and avocado. Every omelet comes with a side of toast and your choice of fruit, hash browns, or home fries. I, in an attempt to be healthier, went with fruit. End result? I couldn’t finish all of it! The waitresses were all super nice and I really enjoyed our breakfast. 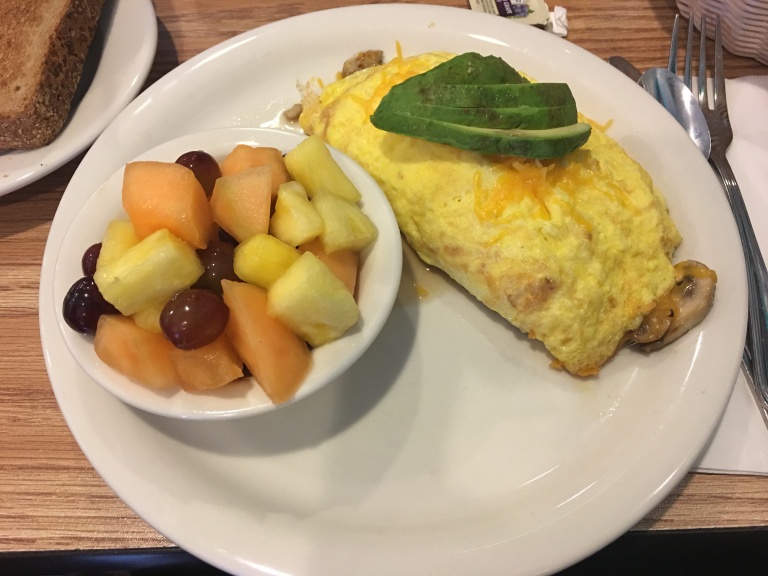 After breakfast, we made our way to the Hoover Dam. We arrived around 11:30am and brought tickets for the 12:00pm tour. We paid $30 for all three parts of the Dam – the dam tour, the plant tour, and the Visitor’s Center. You start off with a short video explaining the building of the Hoover Dam. Then you’re separated depending on the tour you’re going on. If you do the whole tour package, you’re first taken on a plant tour and then switched to another tour guide to do the dam tour. 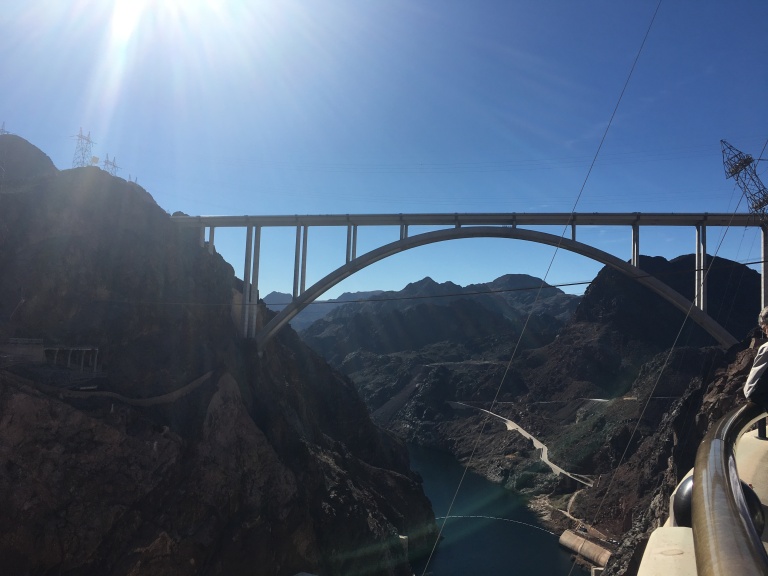 Both of our tour guides were nice, informative, and very professional. It does get a bit cramped in the dam part of the tour so if you’re prone to claustrophobia, you might want to reconsider doing that portion of the tour. It is really quite amazing that they were able to build the Hoover Dam in such a short time and without the same machinery that we have now. It’s definitely worth a visit – whether or not you’re a history buff or an architecture buff. 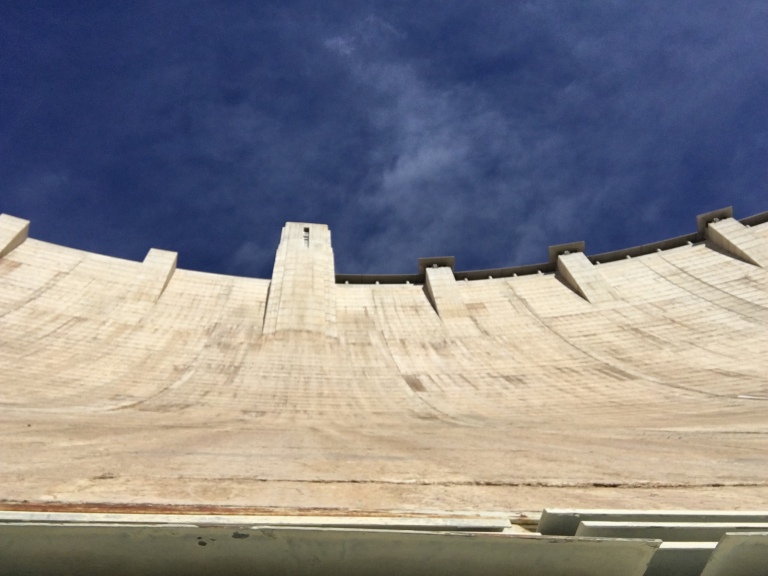 Expect to spend about 2-3 hours and plan accordingly. I think we definitely didn’t plan enough time and ended up staying later than we thought we would. 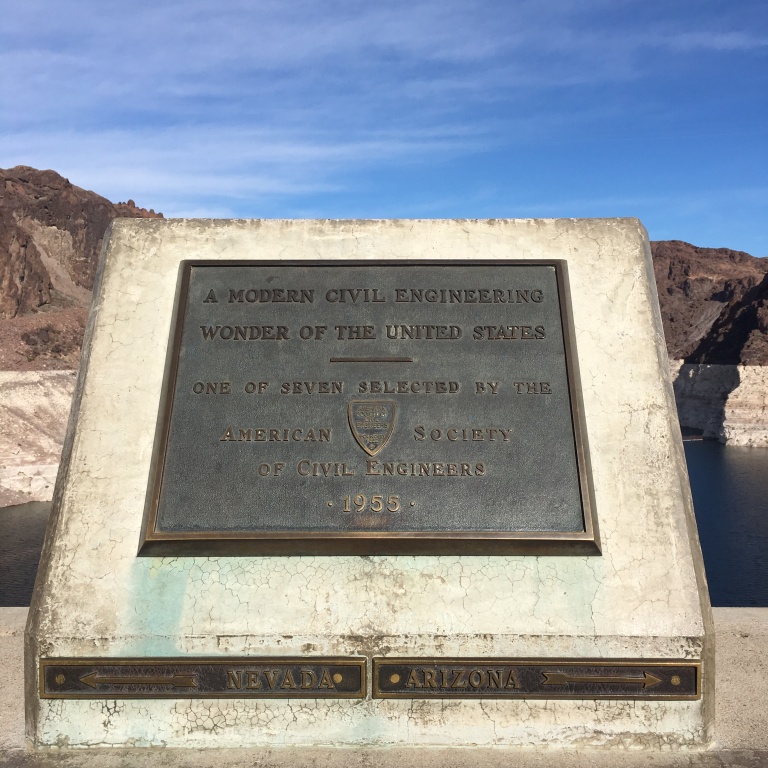 After the Hoover Dam, we swapped drivers for the drive to the Grand Canyon South Rim. M drove and S navigated while X and I took a nap. We swapped again a few hours later, so I got to experience riding shotgun while driving in the dark with no roadside lamps. I don’t think I’ve ever done this before, so it was a new experience! We arrived at about 6pm at the Maswik Lodge, our home for the night.

The plan was to get some sleep and wake up at 6am to catch the sunrise at the South Rim. End result – we got up at 6am to a floor full of snow! 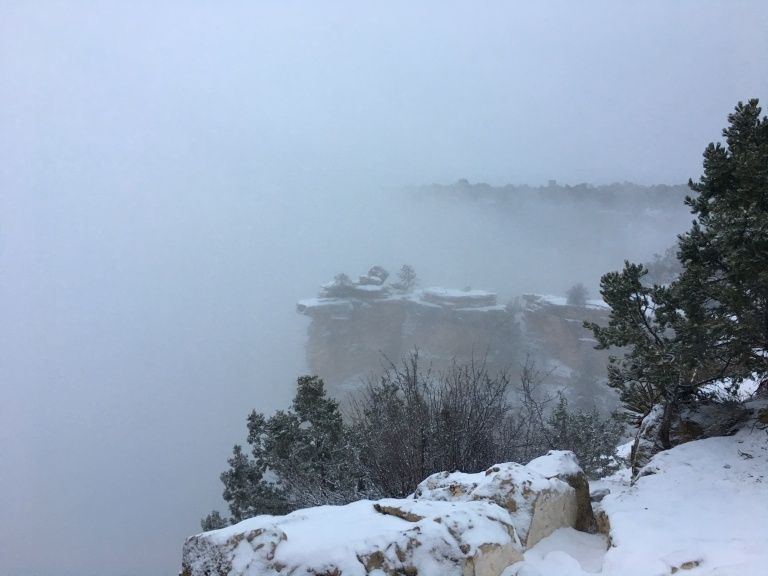 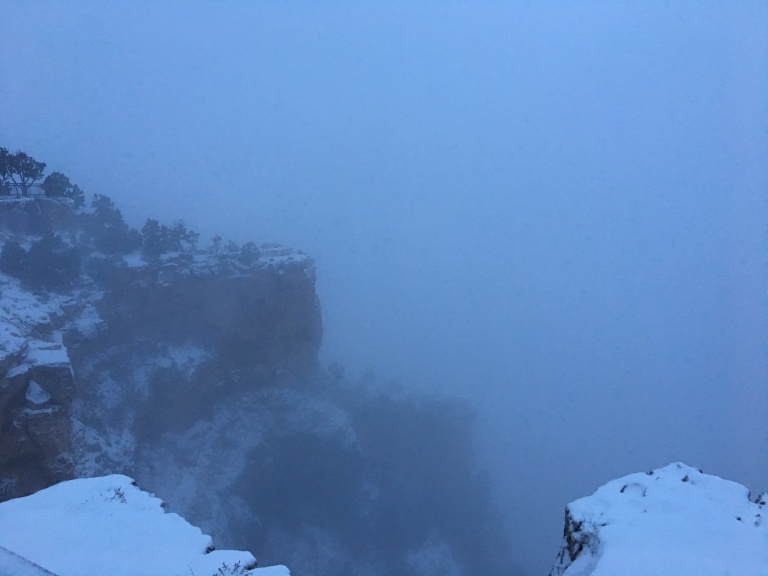