Technically, we never spent a consecutive 48 hours in Lisbon, as we flew to São Miguel in the middle of our week-long trip. But, for the sake of helping you plan your trips – and to make this much easier to read – I’ve condensed all that we did into 2 days. If you only have time for a short getaway – or want to spend more time exploring the rest of Portugal – read on to find out what to do in Lisbon with 48 hours!

If you’re landing in the morning or early afternoon, the first thing you should do is head to Pastéis de Belém to have Portugal’s famous pastéis de nata, or Portuguese egg custard tart. Created in the 18th century by Catholic monks, it is one of the most iconic foods from the country. Pastéis de Belém has been baking pastéis de nata since 1837 and is considered one of the best in the city. 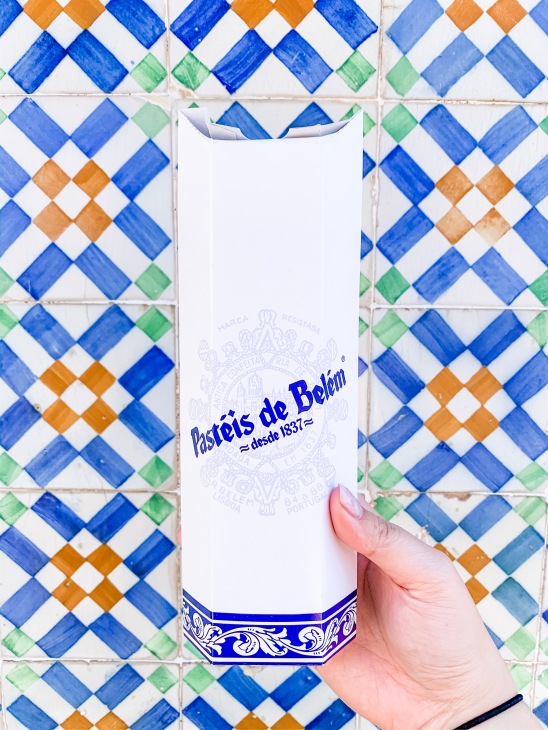 After a coffee and a pastry, walk down the block to Jerónimos Monastery (Mosteiro dos Jerónimos), a former monastery created in the Portuguese Late Gothic Manueline style. Opened in 1495, the Monastery absolutely stunning – both on the inside and the outside. The south entrance was designed by Juan de Castilho and features a shrine-like portal with ornate gables and pinnacles.

The Monastery cloisters are decorated with wide arches and windows with tracery resting on all the arches. The inside walls of the cloisters are filled with Manueline motives with nautical elements, since Belém was the location of Lisbon’s shipyards and docks. 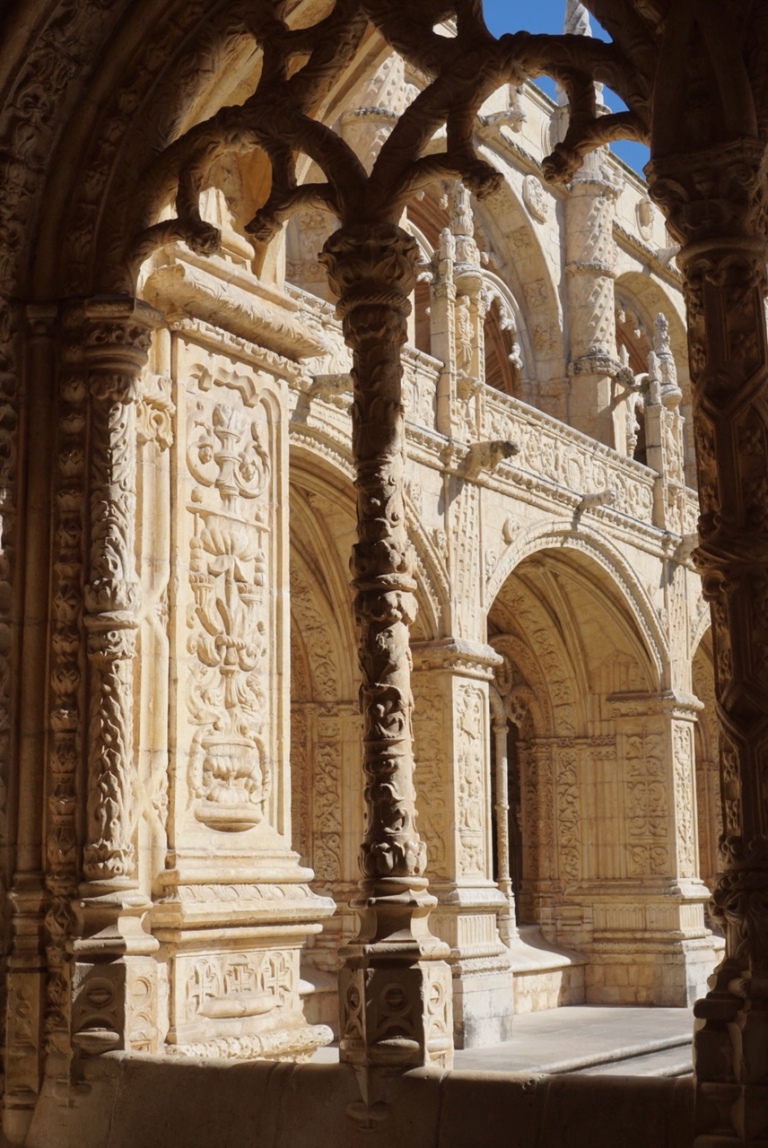 After the Monastery, head on over to Padrão dos Descobrimentos, a monument to the 15th-century Portuguese explorers. Standing at 53-meters tall, the monument offers a panoramic roof top viewpoint over Belém. 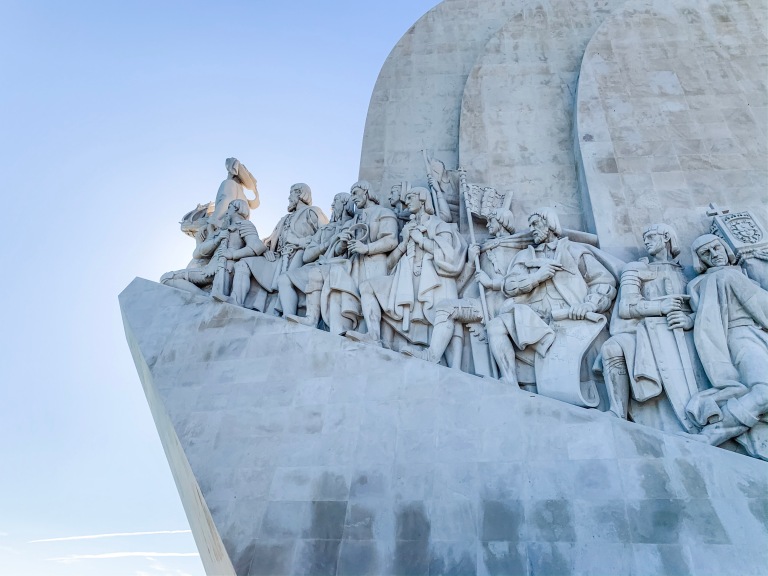 Walk along the shoreline until you reach Belém Tower (Torre de Belém). The fort has guarded the Tejo Estuary since the 16th century and is considered one of Belém’s most iconic buildings. Constructed in Manueline style, the tower’s main attraction is its ornate exterior.

Finish your day with a delicious Portuguese-style dinner at Restaurant Laurentina. You cannot go to Portugal and not have sardines! 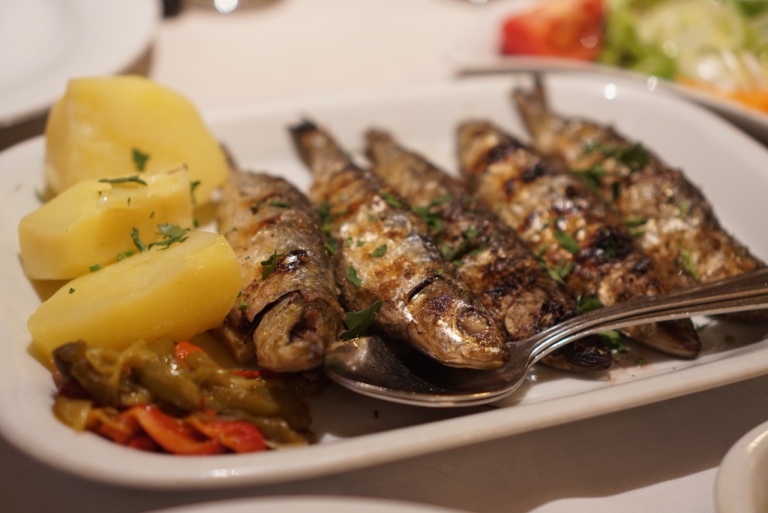 Start your day off bright and early by taking the iconic Tram 28 up to São Jorge Castle (Castelo de São Jorge). The line is pretty long for the tram, but it moves quickly. Ignore all the tuk tuk drivers trying to get you to take a tour up. It’s very easy to just take the tram.

The first fortifications on the hilltop in which São Jorge Castle sits dates back to at least the 1st century BC. Throughout history, numerous peoples have used the hill – indigenous Celtic tribes, Phoenicians, Greeks, Carthaginians, the Romans, Visigoths, and the Moors.

At its point at the top of the hill, São Jorge Castle offers one of the most beautiful views over Lisbon. The warm brown and orange rooftops just stretch on forever. 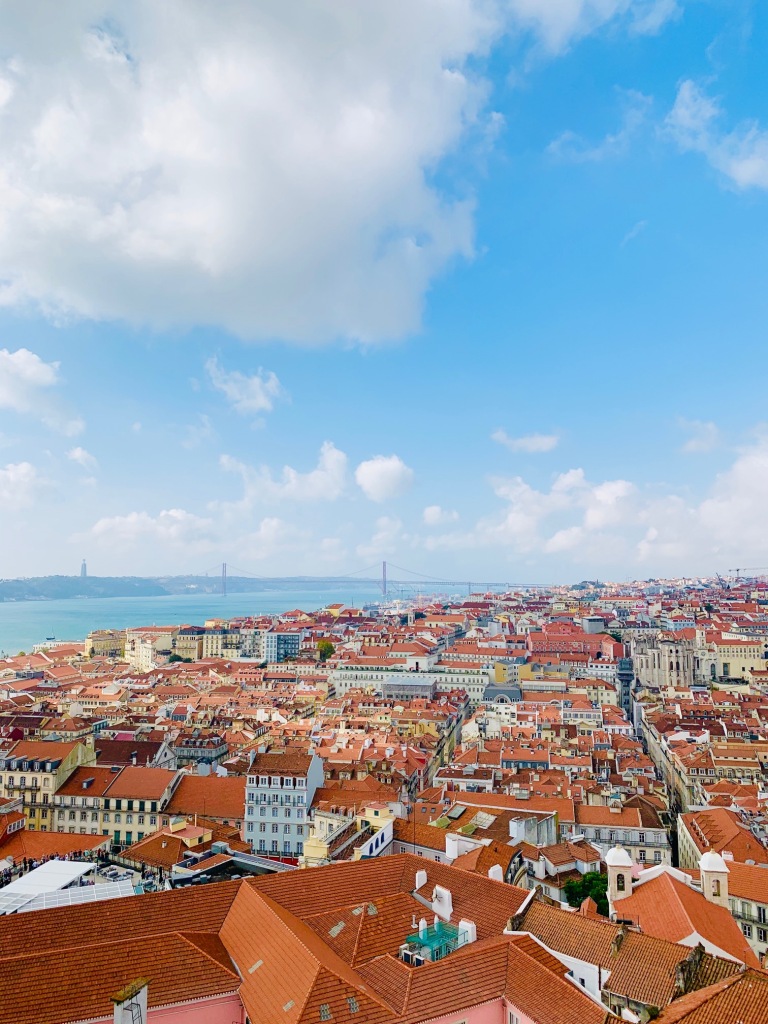 After visiting the Castle, walk through the streets of Alfama and have a delicious lunch at Maria Catita. Try their famous Cataplana de Marisco, a seafood dish originating in the southern region of Algarve.

After your hearty lunch, head over to the Gloria Funicular. If you’re looking for the iconic yellow cable car that’s the icon of Lisbon, look no further. I highly recommend buying a Viva Viagem card and loading it with some Euros. A ticket purchased from the conductor costs about €3 one-way. A zap with your VV card costs only €1.35!

Finish the day with some shopping along Avenida Liberdade. If you’re visiting from outside the EU, your conversion rate might just be more favorable. And don’t forget the Tax-Free shopping! You can save several hundred dollars on that designer handbag you’ve been eyeing.