Sintra is a town located in the foothills of Portugal’s Sintra Mountains, near the capital of Lisbon. By local train, it’s about a 45-minute journey from Lisbon, making it a perfect day trip destination. Trains from Lisbon to Sintra run several times every hour and cost only 1.80€ if you use the “zapping” option on the Viva Viagem cards.

A longtime royal sanctuary, Sintra is home to numerous palaces and castles. The city is a very popular tourist destination due to its picturesque landscape. The historic center of the town is famous for its 19th century Romantic architecture and has since been classified as a UNESCO World Heritage Site.

We started our day at the very top of Sintra – the Pena National Palace (Palácio da Pena). Standing on the top of a hill in the Sintra Mountains, Pena Palace is one of the Seven Wonders of Portugal. Completed in 1854, it is one of the greatest expressions of 19th century Romanticism.

With shades of bright yellow and warm red, the palace truly looks like it came right out of a fairytale. 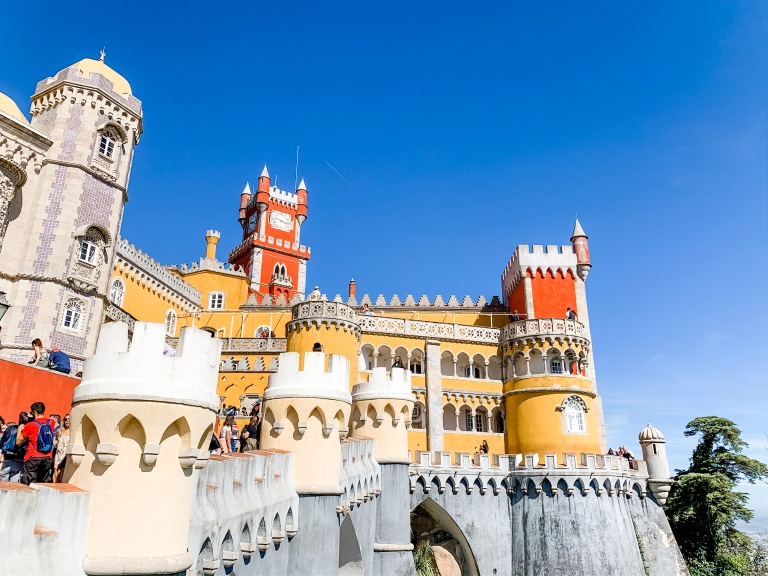 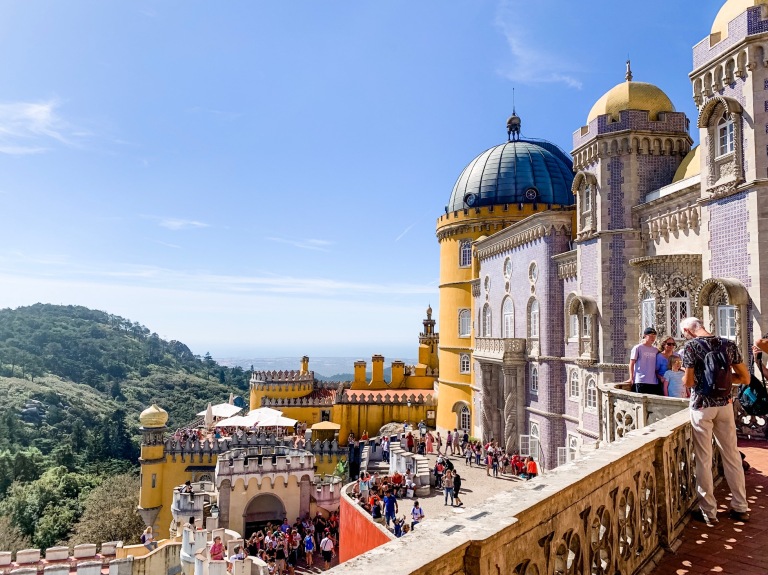 From the Palace, you can see the Castle of the Moors (Castelo dos Mouros), which was our next stop.

The Castle of the Moors is about a 5-10-minute downhill walk from Pena Palace. Built by the Moors, who ruled over the region, in the 8th and 9th centuries, it was an important strategic point during the Reconquista. After the conquest of Lisbon, the castle was surrendered to the Christians in 1117 and fell out of use for many centuries. It was restored when the Palácio da Pena was constructed in the 19th century and has been classified as a National Monument and UNESCO World Heritage Site. 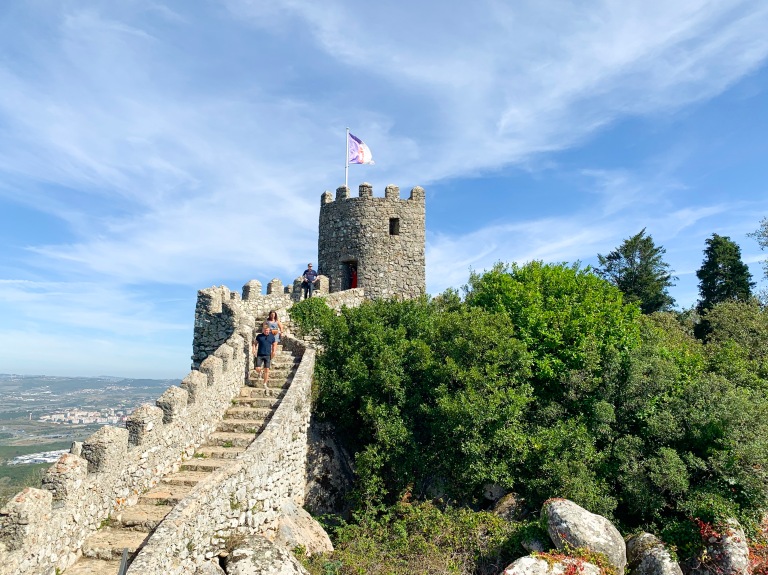 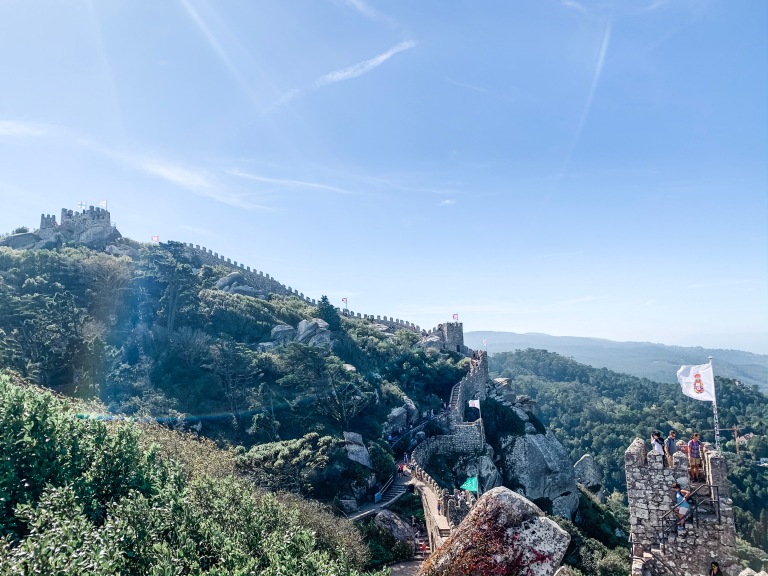 You can also see the Pena National Palace from one of the highest points of the Castle.

We took a tuk tuk down to the center of town for some lunch and souvenir shopping. Head on over to Casa Piriquita to try some Queijada de Sintra and Pastéis da Cruz Alta.

From the historic center, the walk to the train station is about 10-15 minutes. It’s a nice pleasant walk over a bridge where local artists and craftspeople have laid their crafts out for sale. If you’re looking to support some local artists – or don’t want to buy generic souvenirs made in China – talk a walk to the train station and discover some beautiful handmade items.

2 thoughts on “Day Trip to Sintra”