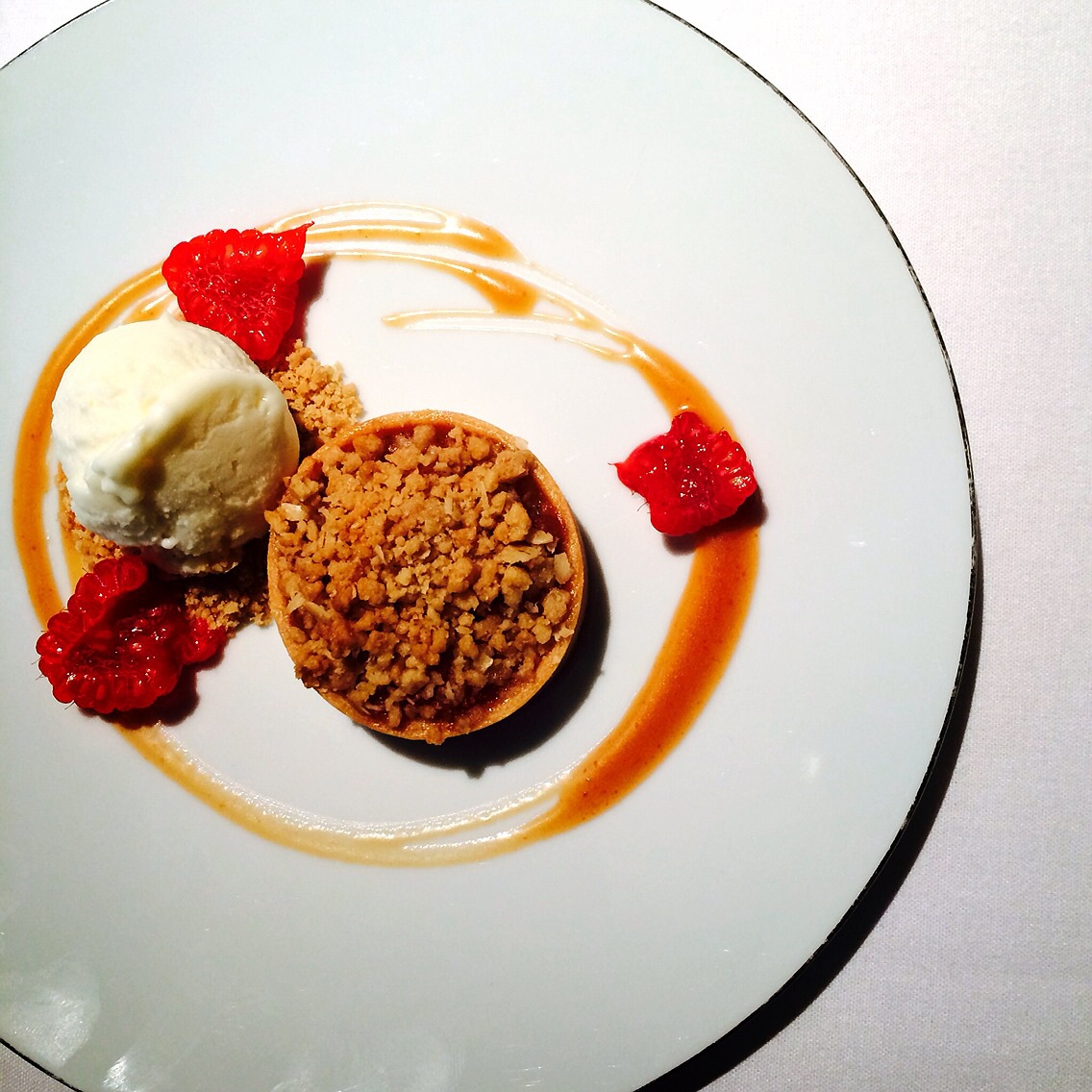 I’ve been to Fives in the Peninsula Hotel before – it was actually my very first Restaurant Week meal back when I was still a teenager. When I heard a new restaurant, Clement, had replaced it, I was instantly interested. And better, it was on the Restaurant Week list! A quick OpenTable reservation got us right in for a 1:30pm lunch on a Friday afternoon.
Clement is located on the second floor of the Peninsula Hotel. When you first walk up the stairs, you’re greeted by the bar area to the left and the dining room to the right. We were seated right away and our waiter explained the Restaurant Week options as well as the $10 wine options to go with the RW menu. I opted for a Rosé while the Boyfriend went for a White. Both were very light on the palate. The RW menu offers three options for both appetizers and entrees and one option for dessert.
For my appetizer, I chose the Green Asparagus with crispy hen egg and lemon. The dish was very good – very light and refreshing for a hot summer day. Clement cooks their poached eggs sous vide style inside the shell before cracking it onto a spoon. This equals a smoother and silkier poached egg, which was effortless to pop.

The Boyfriend chose the Fluke Crudo with white soy, grapefruit gel, and rice cracker. I had a bit of his fluke crudo and just like my appetizer, it was light and refreshing. The grapefruit really helps open up the appetite. 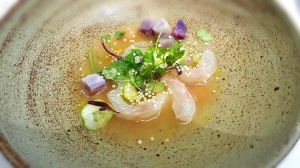 For my entrée, I had the Fresh Tagliatelle with roasted mushrooms, parmesan, and sherry essence. The pasta itself wasn’t the best that I’ve had – it didn’t taste like it was made in-house. The mushroom and parmesan sauce, however, was very good. I liked that they used an assortment of mushrooms, since each tastes slightly different with a different mouth-feel. 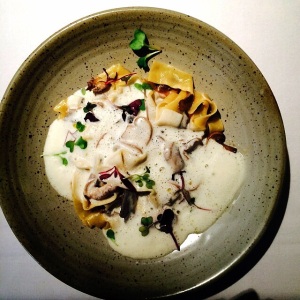 The Boyfriend had the Clement Burger with brioche bun, spicy mustard, and fries. The burger was pretty tasty – but not the best burger we’ve both had. It tastes very good with the spicy mustard so make sure you slather some on before taking a bite! The fries were thin and crispy and a very generous portion. The burger would probably be the biggest portion size on the RW menu if you’re a big eater. 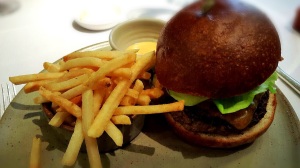 For dessert, we both had the Peach Almond Tart with salted caramel and mascarpone ice cream. The tart shell was pretty hard (and slightly difficult to eat) but the filling was very good. It tasted even better with a scoop of ice cream, which wasn’t too sweet and complimented the slightly tart flavor of the peaches. 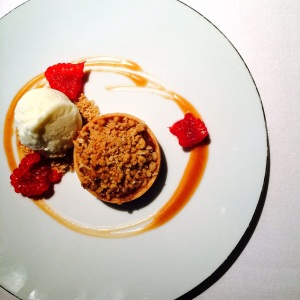 Service was very attentive. We had coffee at the end of our meal (2 cups actually!) and weren’t rushed to leave even though we were the last ones left in the restaurant. The coffee is very good and you get unlimited refills – but just a heads up, it is $9 a cup. All in all, Clement is a very solid Restaurant Week lunch.