Our 3rd day in Iceland started off grey and rainy. Nonetheless, we bundled up and went out to meet our guide for our Golden Circle Tour. The Golden Circle is a very popular tourist route in the Southern part of Iceland, covering about 300km looping from Reykjavik into the southern uplands of Iceland and back.

Þingvellir (Thingvellir) is a national park and UNESCO World Heritage Site. It is perhaps best known for the Alþing (Althing), the site of Iceland’s parliament from the 10th to 18th centuries. The park is also known for sitting in a rift valley that was caused by the separation of 2 tectonic plates. The rift valley marks the boundary between the North American tectonic plate and the Eurasian tectonic plate.

It is a really, really pretty place to visit and it really gives a lot of history on the beginnings of Iceland as a country. The Öxarárfoss Waterfall was the first waterfall that we had seen in Iceland and while it is on the small side compared to a lot of Iceland’s famous waterfalls, it was no less beautiful.

Gullfoss is one of the country’s most popular tourist attractions. The best way to approach Gullfoss is to start from the viewing platform at the top. This really gives you an idea of what the entire waterfall looks like. 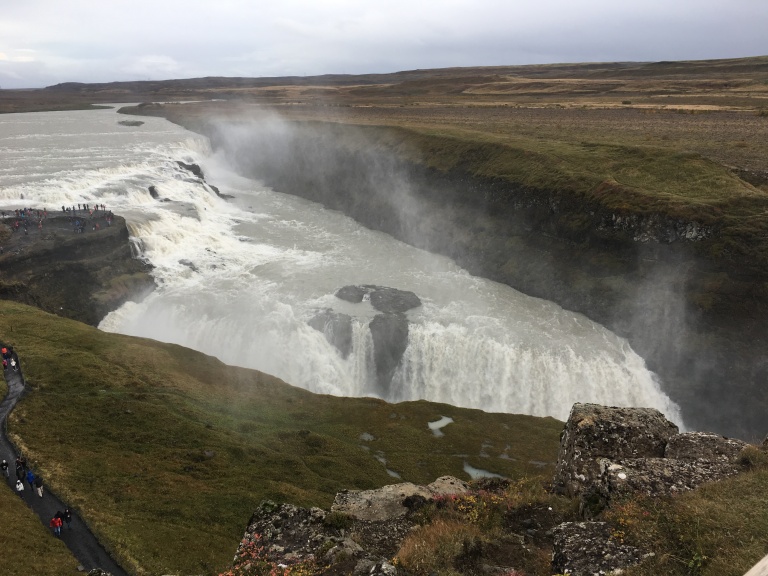 Then backtrack to the stairs that bring you all the way down to the falls itself. You can get really super close to the top of the waterfall, but you do need to be careful as there are no official steps and the rocks are wet. 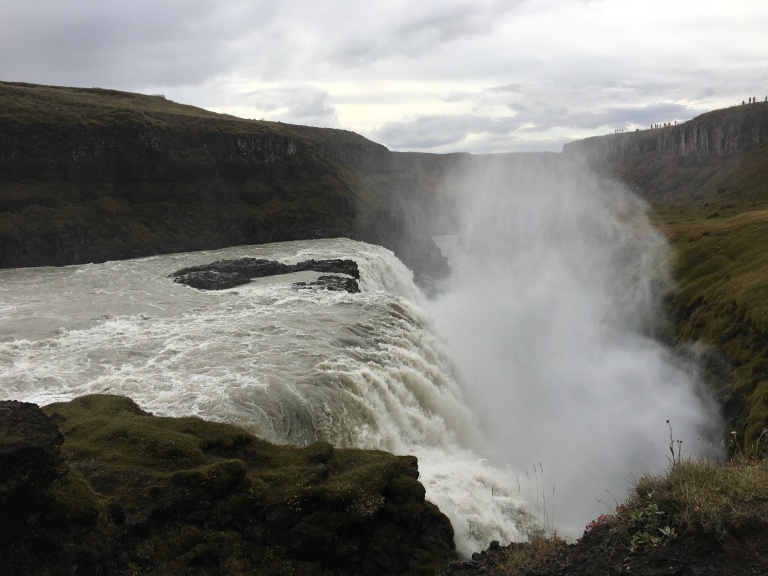 The power of the waterfall is truly amazing and at the top, you can really feel the rumble of the water crashing down.

Strokkur is a fountain geyser located beside the Hvítá River in the southwest part of Iceland. It is one of Iceland’s most famous geysers. It erupts almost every 6-10 minutes, but I saw it erupting earlier and later than both of those time ranges.

Kerið (Kerid) is a volcanic crater lake located in south Iceland. It is believed that Kerið was formed by a huge volcanic explosion. Once the volcano erupted and emptied out its magma reserve, the cone of the volcano collapsed into the empty magma camber. 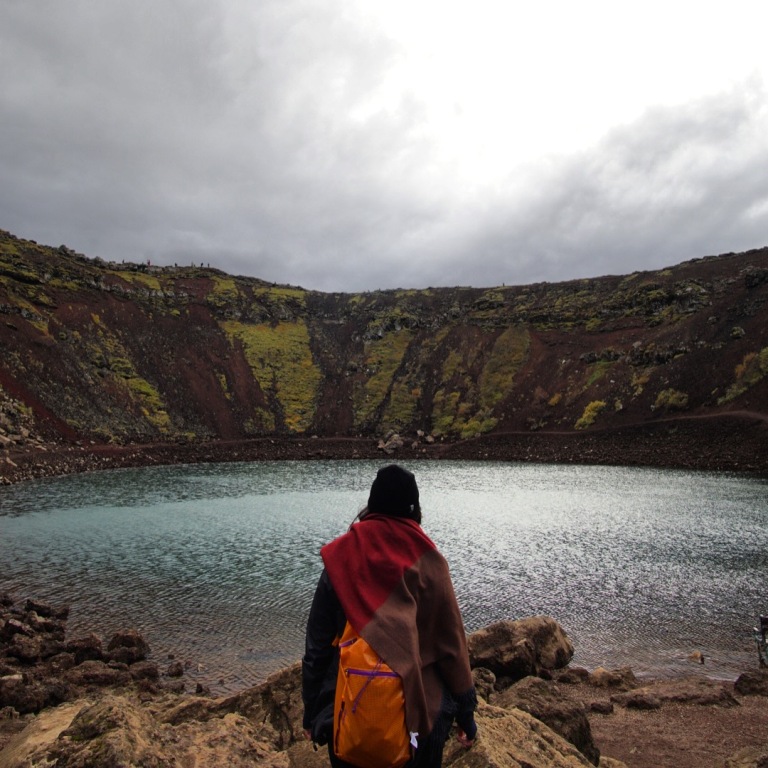 Kerið was one of my favorite spots on the Golden Circle tour route. The colors of the lake are really spectacular. The red of the caldera offers a really beautiful contrast to the blue of the lake. We had walked all the way down to the lake and you just feel so small standing in such a huge crater that used to be a volcano.

Faxi Waterfall is located on the Tungufljót River. It’s fairly close to Gullfoss and Geysir, so a lot of tourists stop here after visiting those two sites. According to our tour guide, the waterfall is full of salmon and is a very popular spot for fishing. 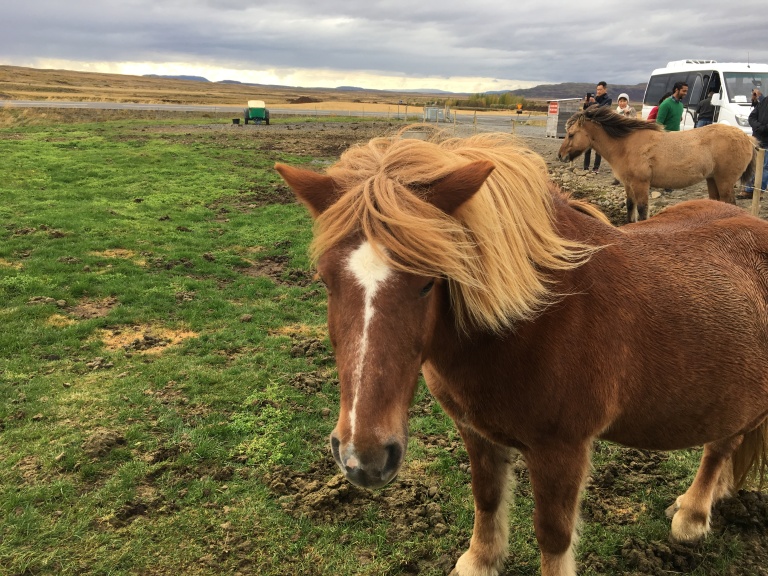 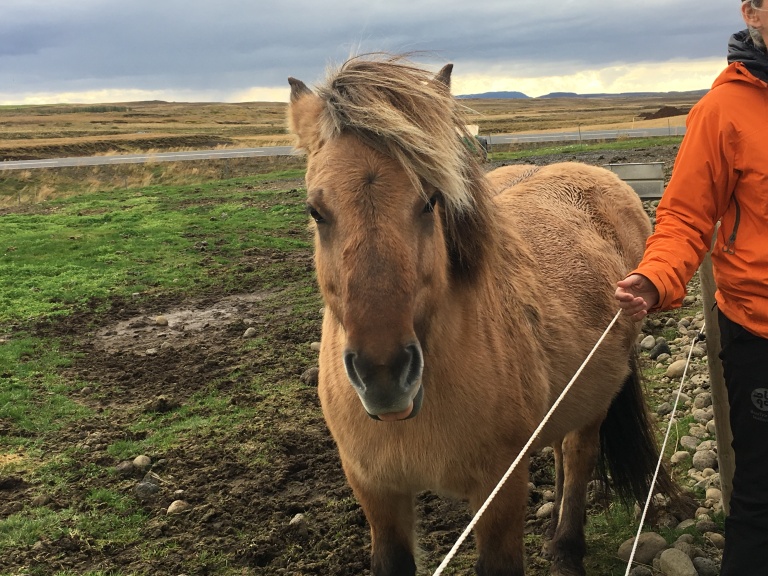