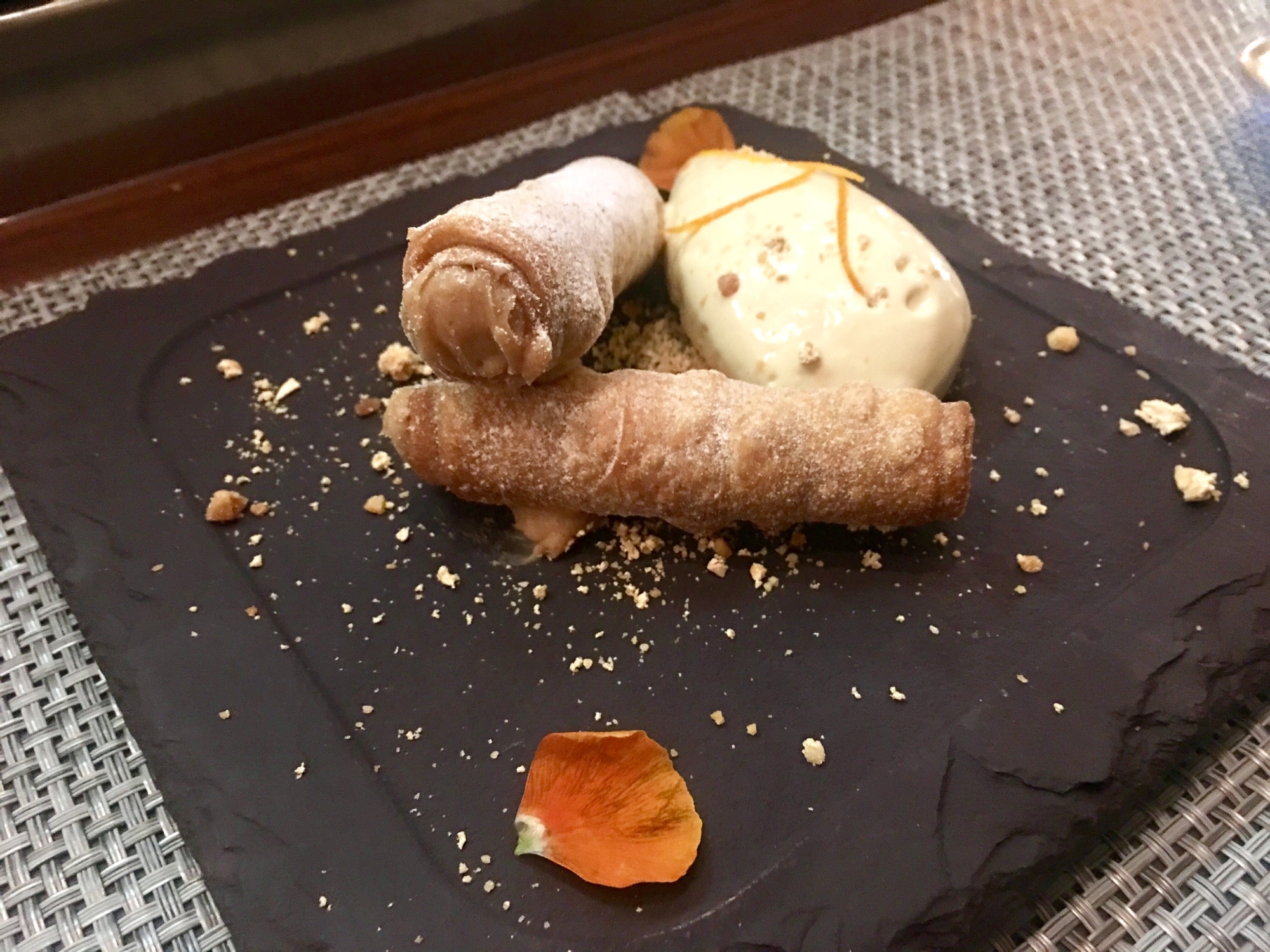 I noticed Tomiño while walking from Soho to Chinatown one day and made a small mental bookmark. I tried to come in on a Saturday night twice but they were unfortunately full – even the bar was full! But third time’s a charm because we finally managed to snag some empty seats at the bar.

Tomiño is a Galician tapas bar serving food from the Northwestern part of the Spain. I absolutely adore Spanish food – especially tapas style dishes – so I was especially excited. We started off with drinks – I had a whiskey sour and my mom had a glass of rose. After I had ordered, the waiter had come back to confirm with me that their way of making the drink would be acceptable. Basically, they do not use any sort of juice or mix-in that contains preservatives so they would be subbing in fresh lemon juice instead. I was A-OK with this! My drink was delicious and reasonably priced too!

We started off with an order of their Croquetas, which come with 4 pieces per serving – 2 pieces of ham + aioli and 2 pieces of seafood + aioli ($8). Both croquetas were delicious, but I definitely liked the ham better. It was certainly tastier.

We split a salad, which was the recommendation of our waiter – and coincidentally, it was also the first night they were offering it on the menu. It was basically a white bean salad with anchovies, roasted red pepper, and sherry wine vinaigrette. I absolutely loved this salad. The beans were crisp and the anchovies were not too fishy or overpowering. Great call from our waiter!

Our last dish of the night was the Pulpo á feira, or octopus boiled and dusted with sea salt, extra virgin olive oil, and paprika ($12). Pulpo á feira is a traditional Spanish Galician dish and is perhaps one of my favorite Spanish tapas dishes. The octopus is super tender from the boiling that happens in the beginning of the cooking process. It practically melts in your mouth! 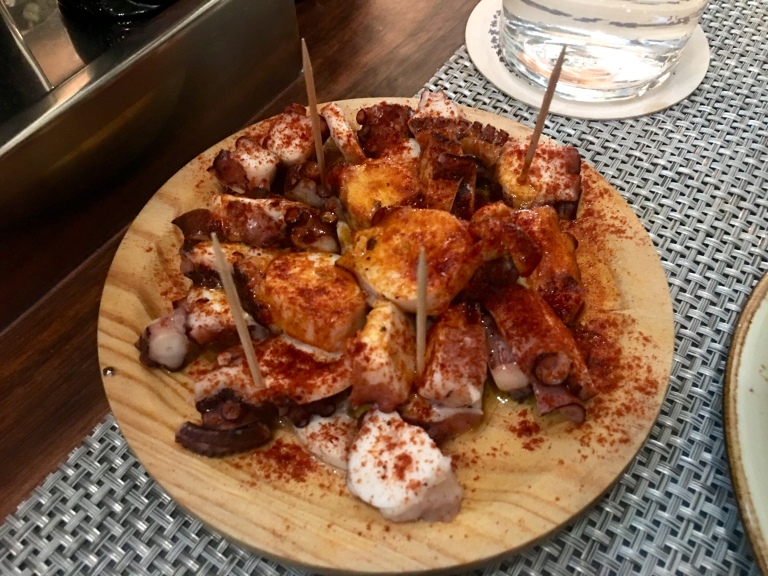 For dessert, we went with their special dessert for the holiday season. It featured Cañas, or a traditional Galician dessert that sort of resembles an Italian cannoli. It’s basically a roll of fried dough that’s filled with a custard filling. It was paired with ice cream made from Turrón, a nougat that is typically made of honey, sugar, and egg white, with some kind of toasted nuts. Our waiter told us that it is considered a traditional Christmas dessert in Spain. I thought the dessert was very good and I enjoyed getting to try a traditional Christmas dessert from Spain – even if it was in a slightly modified form!

I cannot rave enough about the service at Tomiño. Every single waiter we encountered was attentive, helpful, and absolutely amazing. They were so friendly and really made us feel like we were being taken care of. I highly recommend Tomiño!