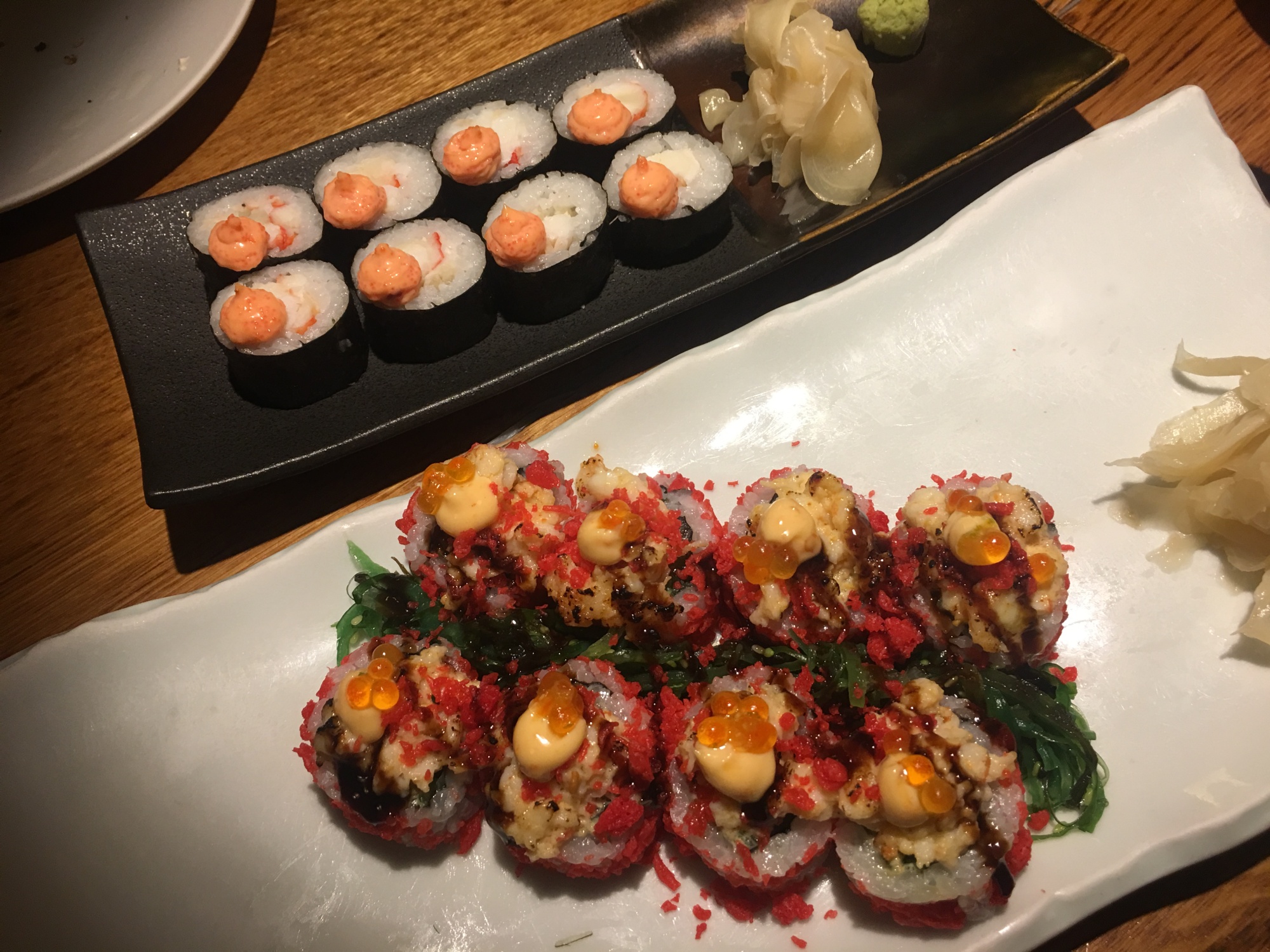 When most people hear the word Iceland, they think ice, glaciers, Northern Lights, puffins, and probably expensive. And they’re all right. Iceland is perhaps the most expensive country that I’ve ever visited – and I live in New York City so I know expensive cities.

I think the majority of our budget was spent on eating out. Sure, since we had an AirBnB, we could’ve cooked our meals and saved a lot of money. But as a self-proclaimed foodie, I also absolutely love eating out and trying out the food in all the places that I visit. So, we ate out a lot. And my wallet is now sad. But, my stomach was super happy!

Iceland, believe it or not, has a lot of amazing food. They have a lot of really great seafood available to them since they are an island. They also have really, really good dairy products like Skyr (their own special yogurt-like cheese), quality cheeses, and delicious ice cream. They also have some really “exotic” food items like fermented shark, grilled whale, and puffin.

So did I eat all of that? What did I eat? Read on to find out!

One night, we went all out. We went to Fish Market, or Fiskmarkaðurinn. I chose Fish Market because their menu looked captivating and interesting. They pride themselves in sourcing the freshest ingredients and cooking it with a modern twist.

We had the Volcano Langoustine Maki, featuring langoustine tartar with sesame oil, 7 spice, and chili on top of a maki roll filled with salmon and cucumber. This roll was very busy and really exploded with flavor in your mouth.

We also split the Hosomaki, which featured king crab with spicy fly fish roe. This roll was very simple, yet the sweetness of the king crab contrasted very nicely against the spice and saltiness of the fly fish roe. Highly recommend both of them!

I had the Pan-fried Atlantic Catfish with herb pesto, creamy potato salad, grilled corn, and sugar snaps. It was, to put it simply, bomb. The catfish was moist and flakey and the grilled corn and potato salad really mixed things up on the plate. 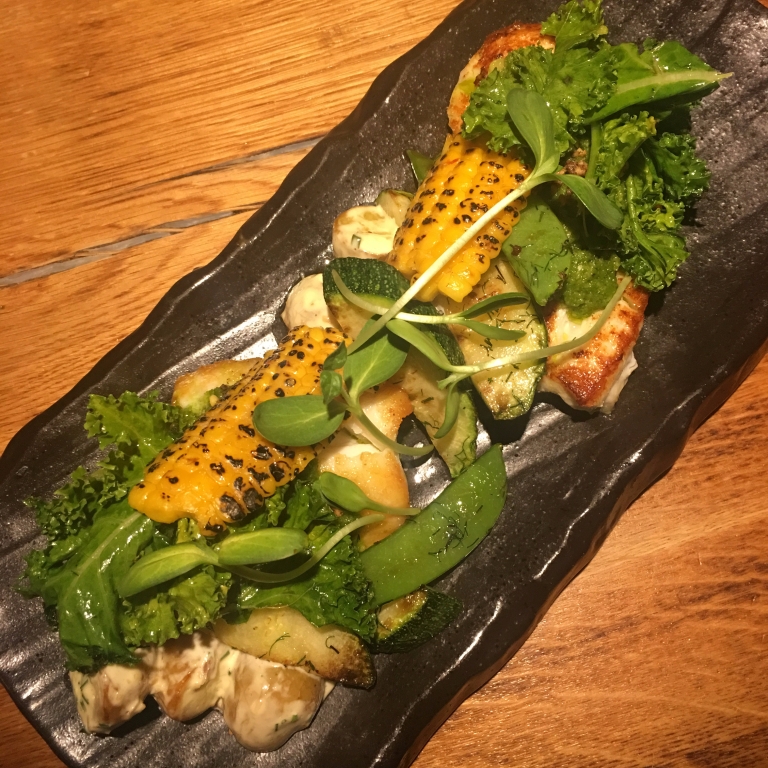 For dessert, we ordered the Sorbet Selection since it was the lightest dessert on the menu. It came out on a foot long plate with an assortment of exotic fruits. This was … a very Instagramable dessert.

The Best of the Best

My best breakfast choice goes to Sandholt. Sandholt, located on Laugavegur, the main shopping street in Reykjavik, was our first stop after arriving at our hotel. They sell all sorts of goodies – sandwiches, bread sliced to order, pastries, desserts, etc. They also have a little “deli” section in the front with cured meats, cheeses, jams, and skyr.

On our first morning in the city, we stopped in for breakfast at about 9am. We were seated right away and service was prompt and attentive. Everyone had a breakfast plate with sausages, eggs, salad, and sourdough. I opted for their smoked salmon on a soft pretzel, which was yummy but a bit hard to eat. I also had an oat milk latte, which was my first. It was surprisingly good! 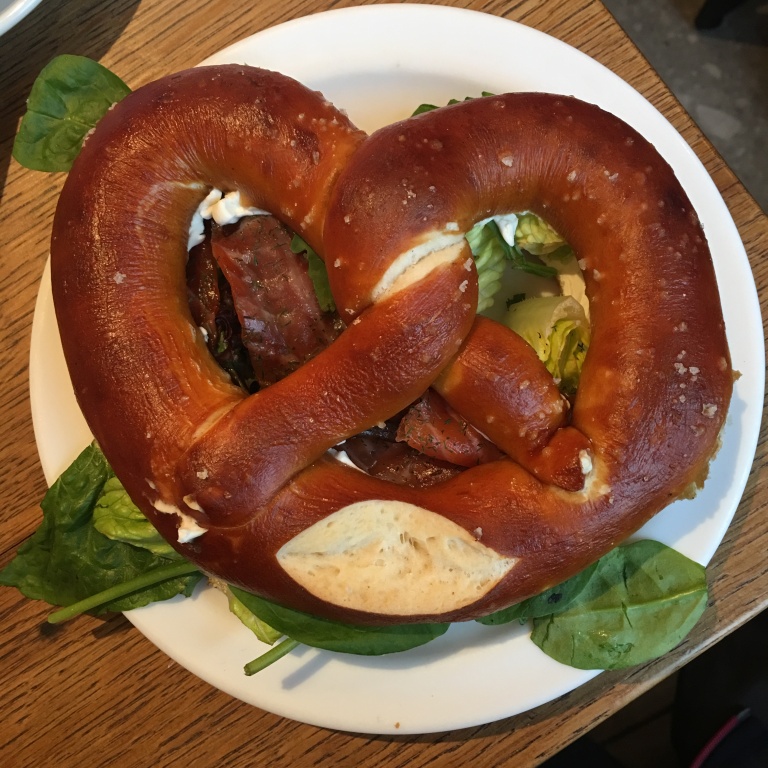 My best lunch option is also one of the cheapest meals in the city. Baejarins Beztu Pylsur, which basically translates to, “The Town’s Best Sausages”, is a small chain of hot dog stands located in Reykjavik. 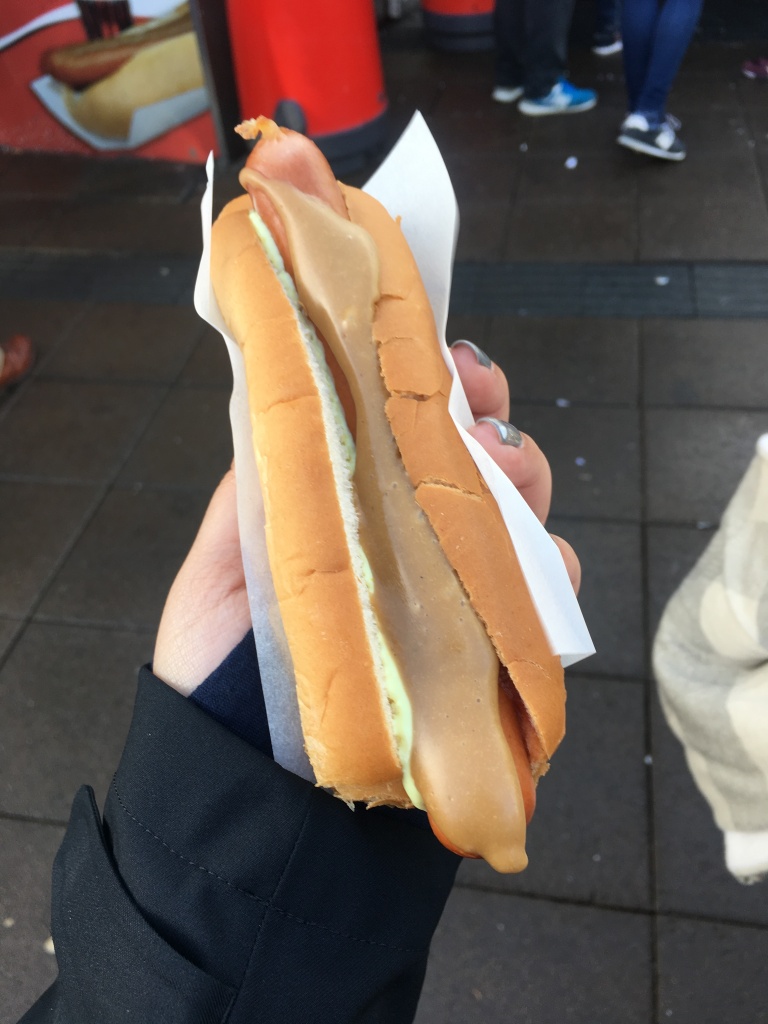 The sausages are made with lamb, pork, and beef. It’s served in a bun and if you order it with everything, it comes topped with ketchup, sweet mustard, remoulade. Under the sausage is a layer of crispy fried onions and raw onions.

I think we ended up going about 4 times during our week in Iceland. On our first day, it was the best midday snack after our afternoon naps (we had arrived at 6am and didn’t get rooms until about 1pm). I really liked the crispy fried onions on the bottom of the sausage since it gives it more texture with every bite. Icelandic mustard is also super delicious, I love that it’s slightly sweet and contrasts with the salty hot dog.

For my best dinner in Iceland, I would have to pick Salka Valka, or Fish & More. Fish & More is definitely a very affordable option in the Reykjavik area and has a very homey, comforting vibe. We all opted to have their Traditional Fish Stew, or Plokkfiskur. Plokkfiskur is a traditional oven-baked fish stew made with haddock, cod, potatoes, onions, and spices in a casserole-like fashion. I am a HUGE fan of Plokkfiskur because it just feels so warm and homey every single time I eat it.

We finished our meal by splitting their Warm Apple Pie and Icelandic Rhubarb Cake. I think I liked the rhubarb cake more since it was very subtly sweet and just a little tart. I highly recommend the rhubarb cake!

Honestly, it is really hard to decide which café is my favorite. We went to quite a lot. I’d like to highlight a few of them –

Reykjavik Roasters is probably my favorite café based on just coffee alone. Their coffee was probably the best that I had in the city. Pop in for a morning or mid-day pick up and you won’t be disappointed!

Café Loki was one of my favorite café stops during our trip because they have a really interesting food menu. You can try fermented shark here and they have delicious smashed fish sandwiches and rye bread ice cream! 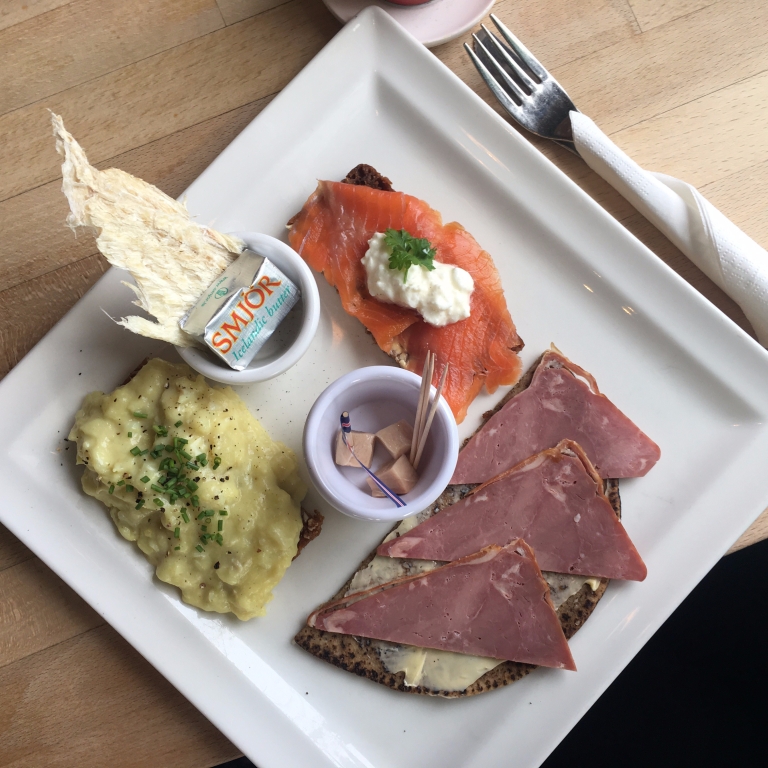 Te & Kaffi is a local coffee chain in Reykjavik and we stopped in here several times during our stay. They serve very good coffee and are a solid choice if you’re looking for a coffee fix.

Saegreifinn, or Sea Baron, serves the “World’s Best Lobster Soup” and has a really great selection of grilled fish kebabs. 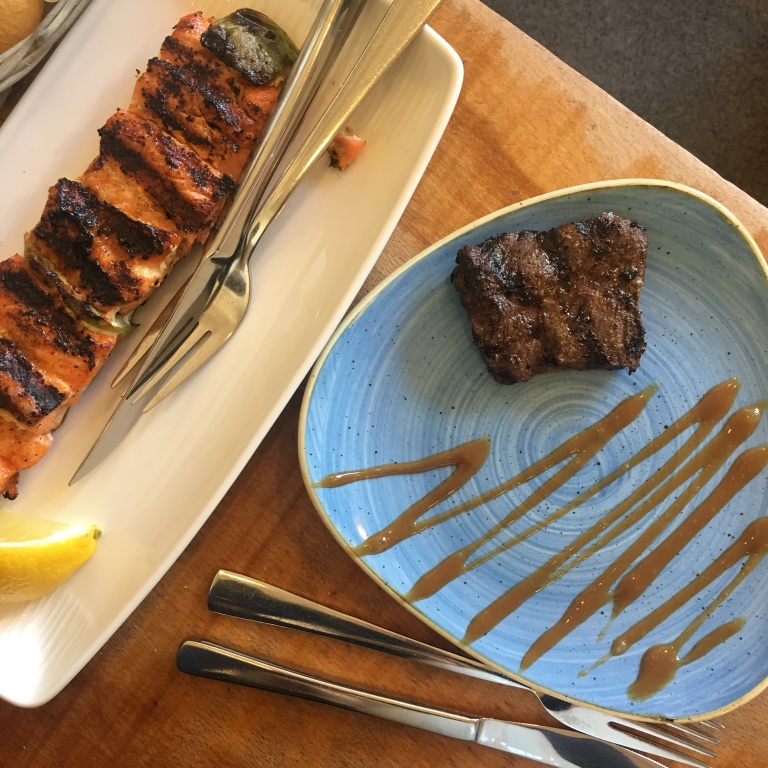