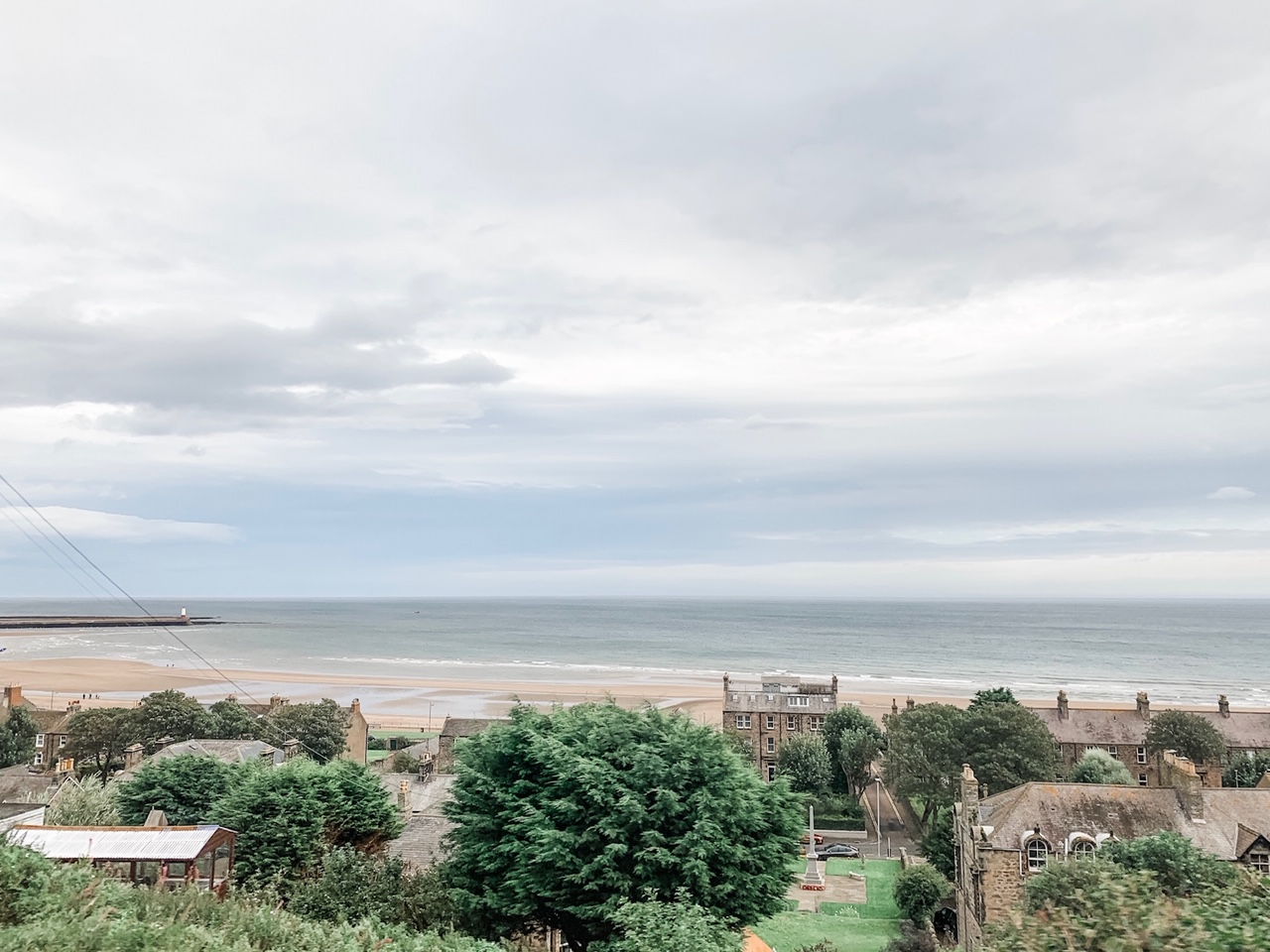 When we first decided on our UK trip, we agreed that we wanted to do London and Edinburgh. But how would we get in between the cities? Well, there’s a 4.5 hour train that runs between the two cities. You could also take a very, very long bus or hop on a quick plane. The 4.5 hour train seemed the most efficient – that is, until I found out about the Caledonian Sleeper Train.

The planner that I am, I booked our tickets for the Caledonian Sleeper 8 months in advance. At the time of booking, they were already selling tickets for their new stock of trains, which were due to be released shortly. Officially, the trains began their first journeys between London Euston and Scotland in April 2019.

Since this was our first time on any kind of sleeper train, we decided to splurge a bit and get their Club Room with bunk beds and an en-suite bathroom. They also have a Caledonian Double, which features a double bed and an en-suite bathroom. Both classes offer free breakfast and access to Virgin’s 1st class lounges. We definitely used that benefit to enjoy some AC, snacks, and drinks in the lounge!

When you first enter your room, it looks like a tight squeeze! But, we actually managed quite well for the 2 of us.

Club rooms receive complimentary ARRAN toiletries that we definitely used. They also give you an eye mask and ear plugs. 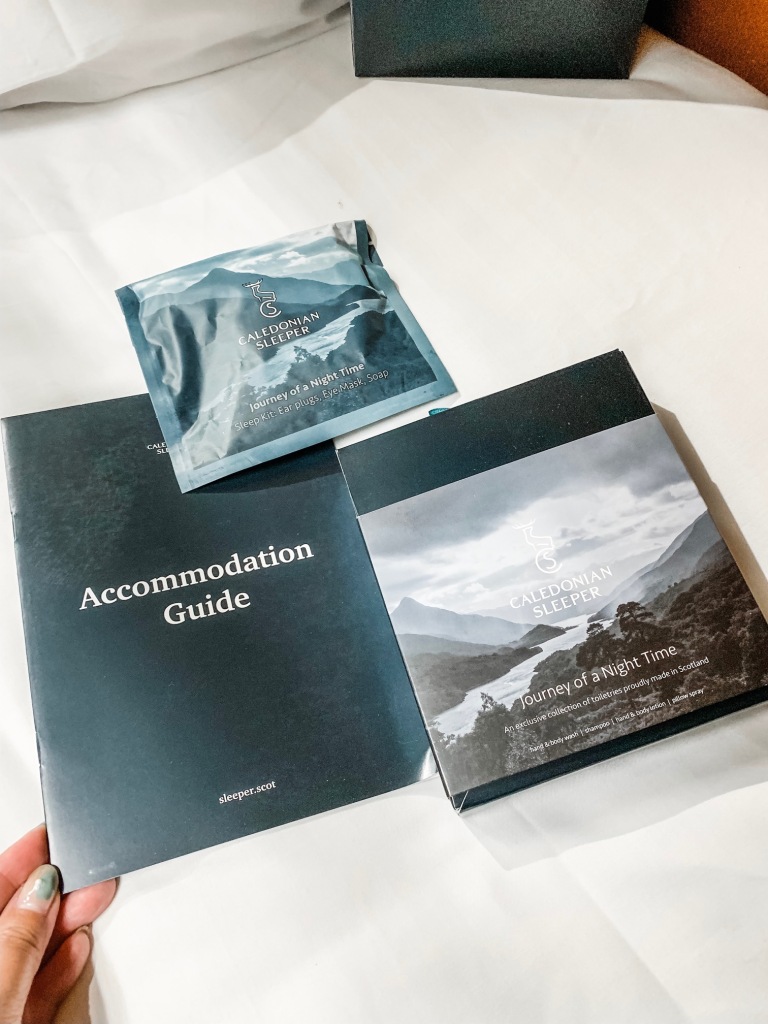 We boarded as soon as they announced the track, so we could settle in and take a shower. In Club and Double rooms, the en-suite bathroom is designed like a wet room. The toilet has a cover to protect it from the shower. It was so nice to be able to take a shower at the end of a long day of exploring the city. 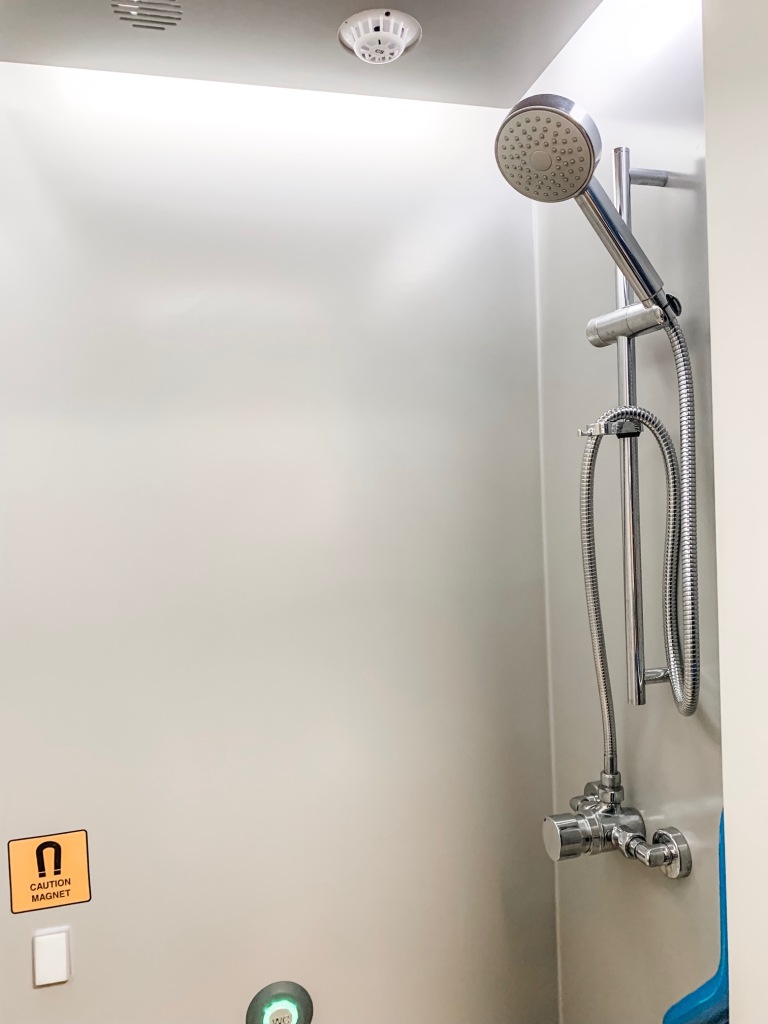 After showering, we crawled into our beds (handcrafted mattresses from Glencraft). Since the Club Rooms can be single occupancy, I had all the controls in the bottom bunk. I turned off the lights and we both drifted off to sleep.

For breakfast, you fill out a little door card and hang it outside 30 minutes after the train leaves the station. You can also request a wake up call. We woke up around 6:50am to get ready before our 7:00am breakfast delivery. Breakfast arrived promptly at 7:00am and we were able to sit and enjoy the Scottish countryside rolling by our window. 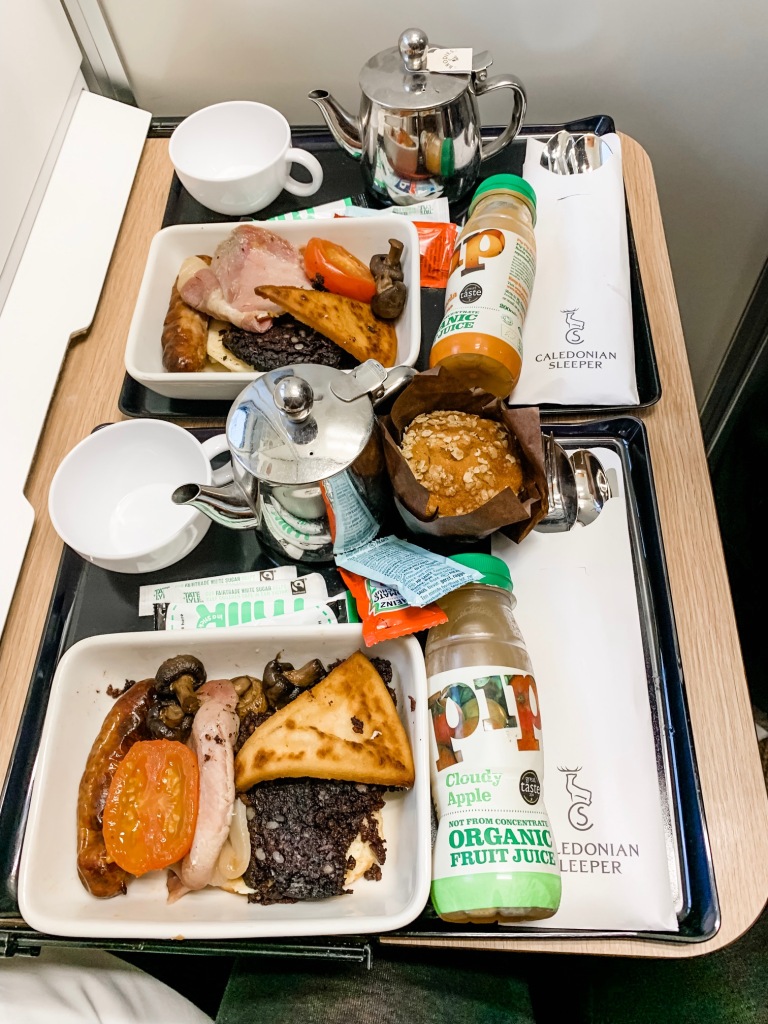 You arrive into the station at around 7:20am, but you don’t actually have to get off until a little before 8:00am. You can take your time and then make your way to your final destination.

All in all, I had a super experience with the Caledonian Sleeper. We were able to save time by traveling while sleeping – and we got a good night’s sleep before exploring a new city. It costs a bit more than a night in a hotel plus train fare (Perhaps about $50 – $70 more.), but we were able to get some solid rest. If we took a late train or an early train, we would’ve been tired and cranky. This allowed us to make the most of our time in both cities. 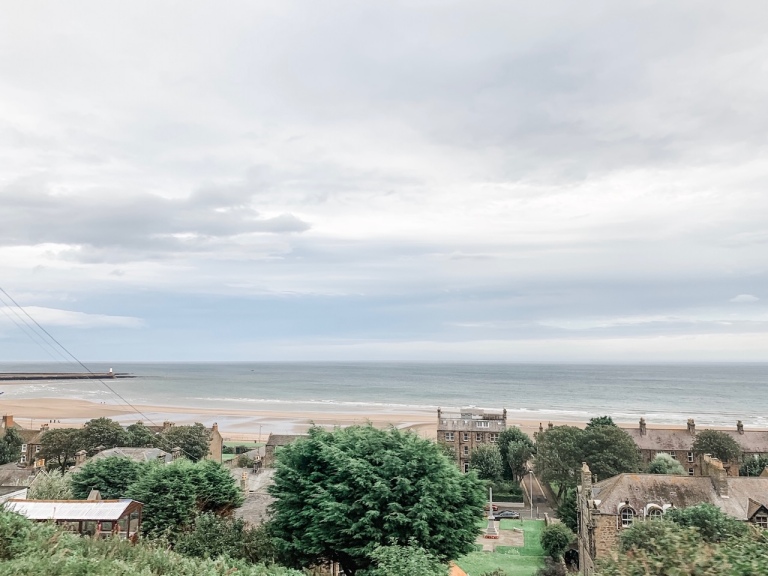 One thought on “A Night on a Sleeper Train”