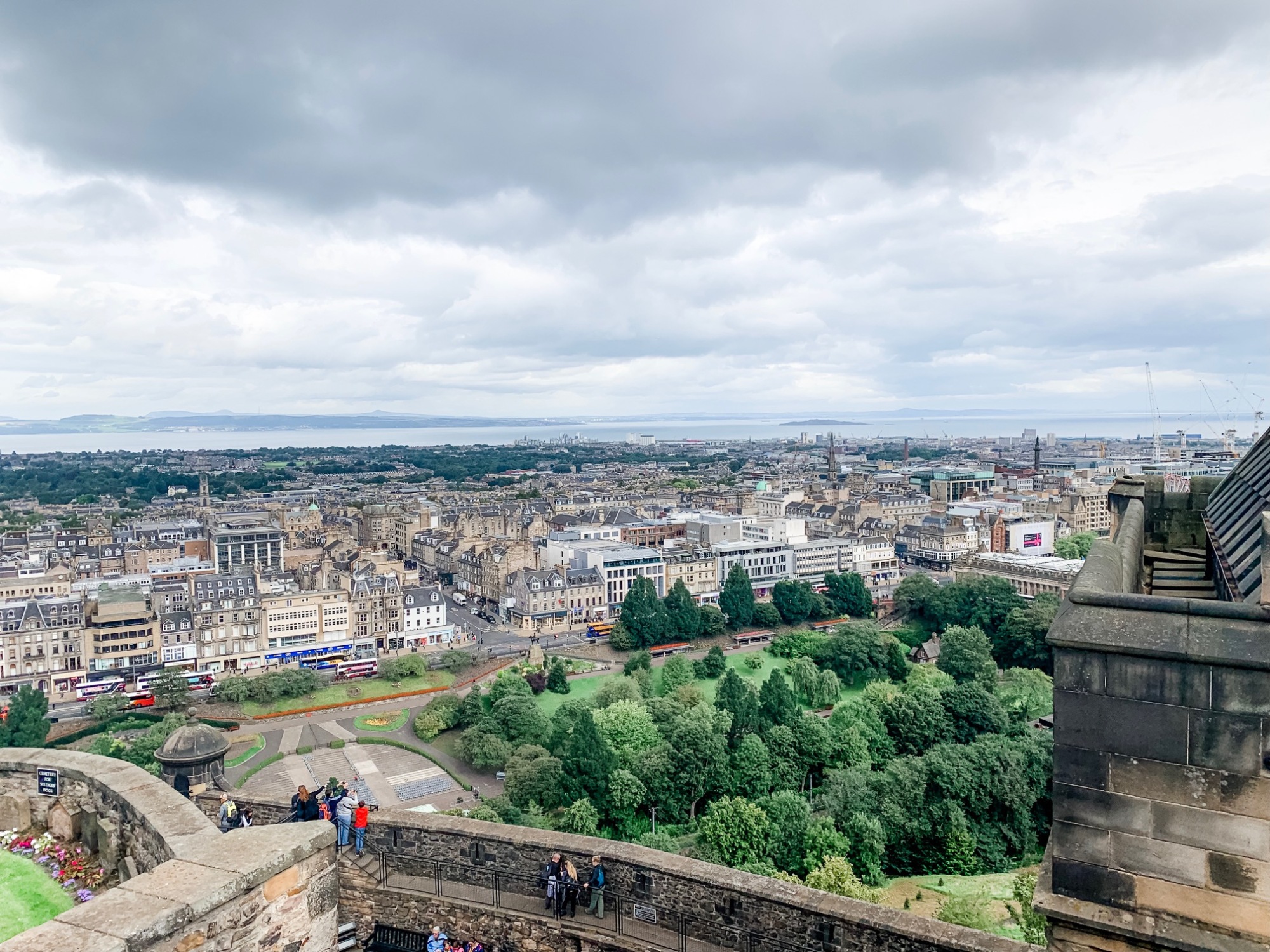 Our first day in Edinburgh began with us pulling into Edinburgh Waverly on the Caledonian Sleeper. We checked into our hotel, the Residence Inn by Marriott Edinburgh, and had some more breakfast. I would definitely recommend the Residence Inn. The hotel offered free breakfast every morning and room is equipped with a fridge, microwave, and cutlery. The rooms are huge and it’s in a very central location.

After breakfast, we set off to do some exploring. Since we were out so early, it felt like we had the city to ourselves. We saw the statue of Greyfriars Bobby. Greyfriars Bobby was a Skye Terrier who became famous in 19th-century Edinburgh for spending 14 years guarding the grave of his owner until he died himself. 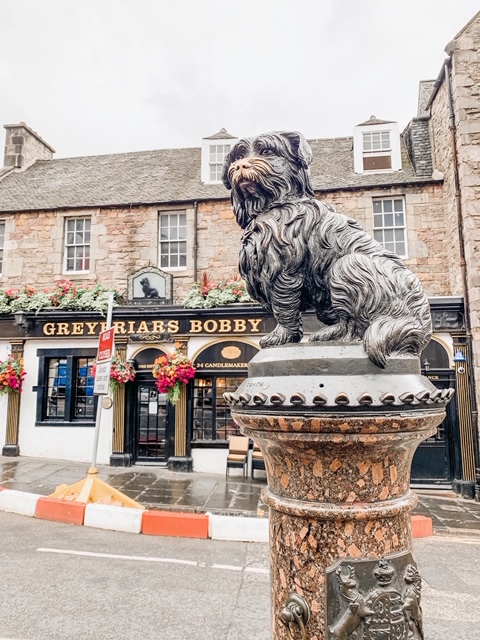 We basically had St. Giles’ Cathedral to ourselves, since we arrived when it opened. It’s free to enter, but they do recommend a donation and request a fee for taking photos. The cathedral is dedicated to Saint Giles, who is the patron saint of Edinburgh. 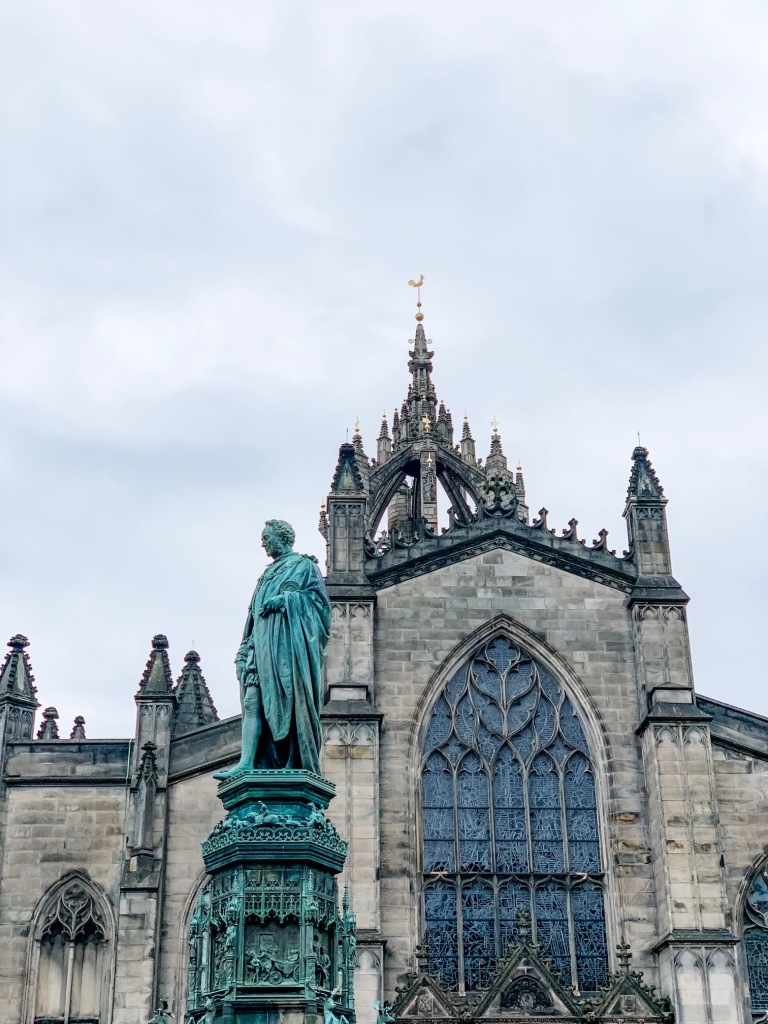 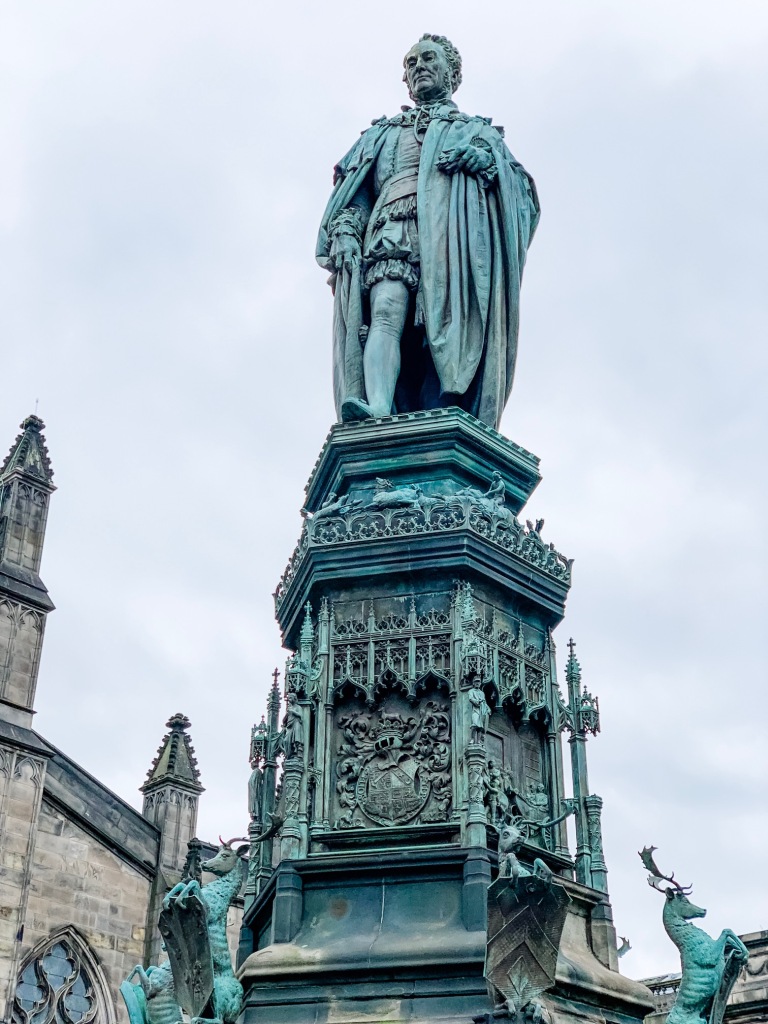 St. Giles’ was only a cathedral for two periods of time prior to the Reformation. Post-Reformation, the Church of Scotland held no bishops. Today, the use of the term cathedral carries no real meaning. 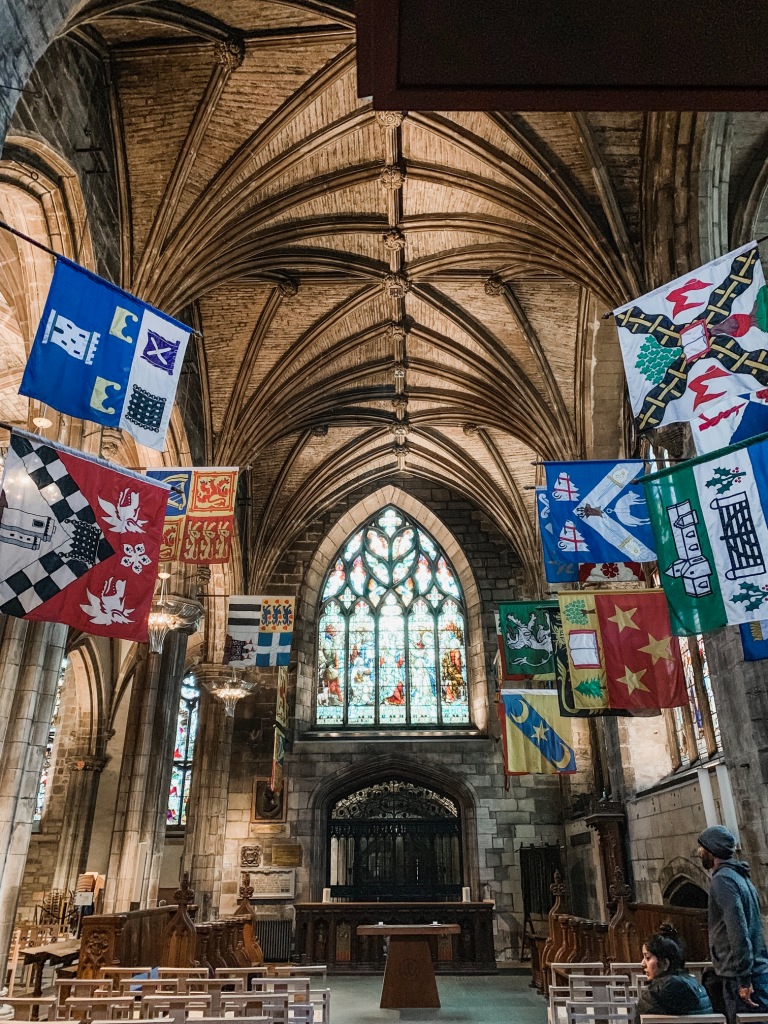 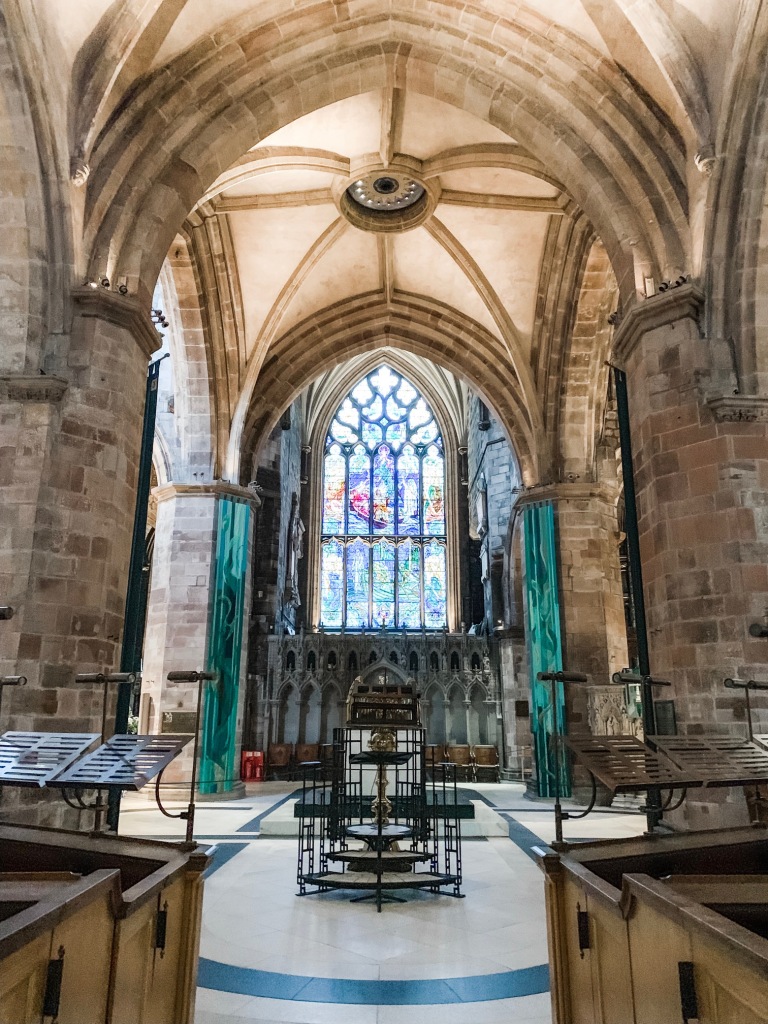 After admiring the beautiful stained glass windows inside St. Giles’, we walked up the Royal Mile, stopping in souvenir shops along the way to the Edinburgh Castle. 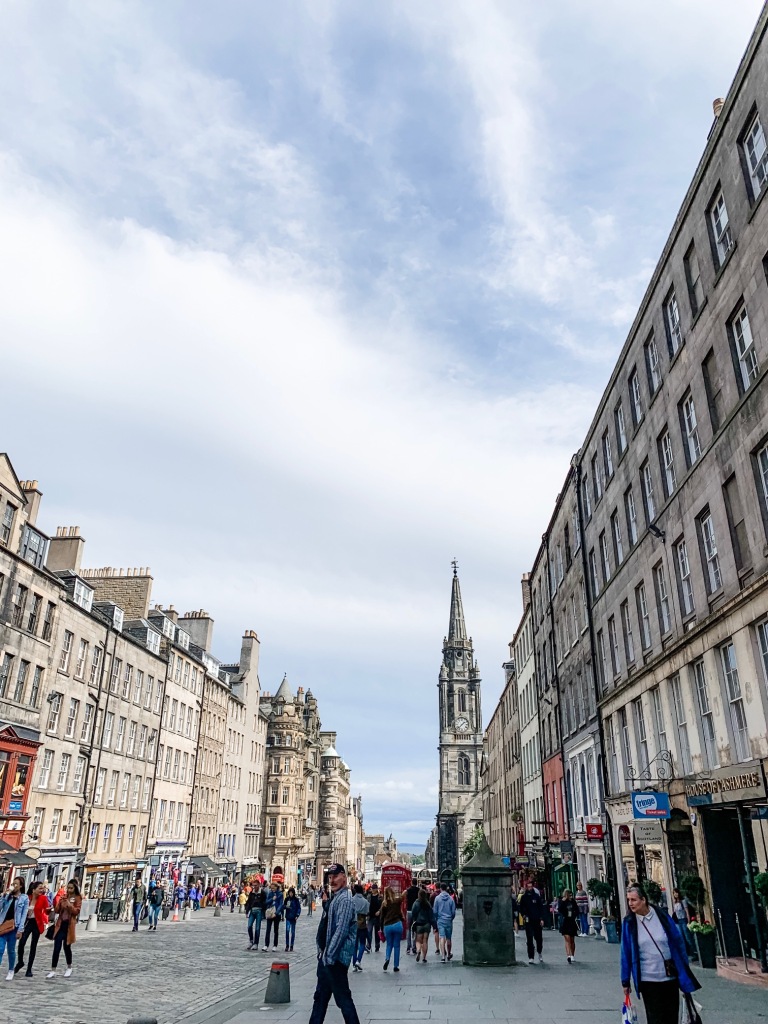 Edinburgh Castle is a historic fortress that dominates the Edinburgh skyline from it’s position on Castle Rock (GoT-ish anyone?). There has been a royal castle on Castle Rock since the 12th century. Towards the later centuries, the castle was used more as a military base than royal residence. The last time the castle was used as a military base was in WWII, when it served as a prison for downed German Luftwaffe pilots. 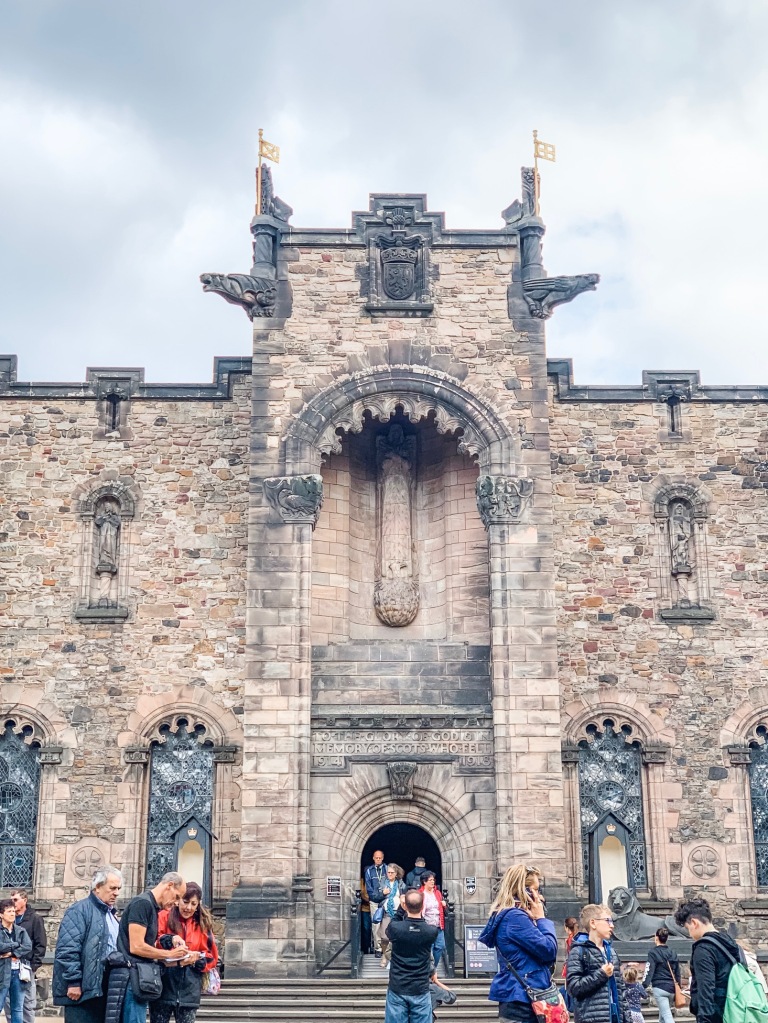 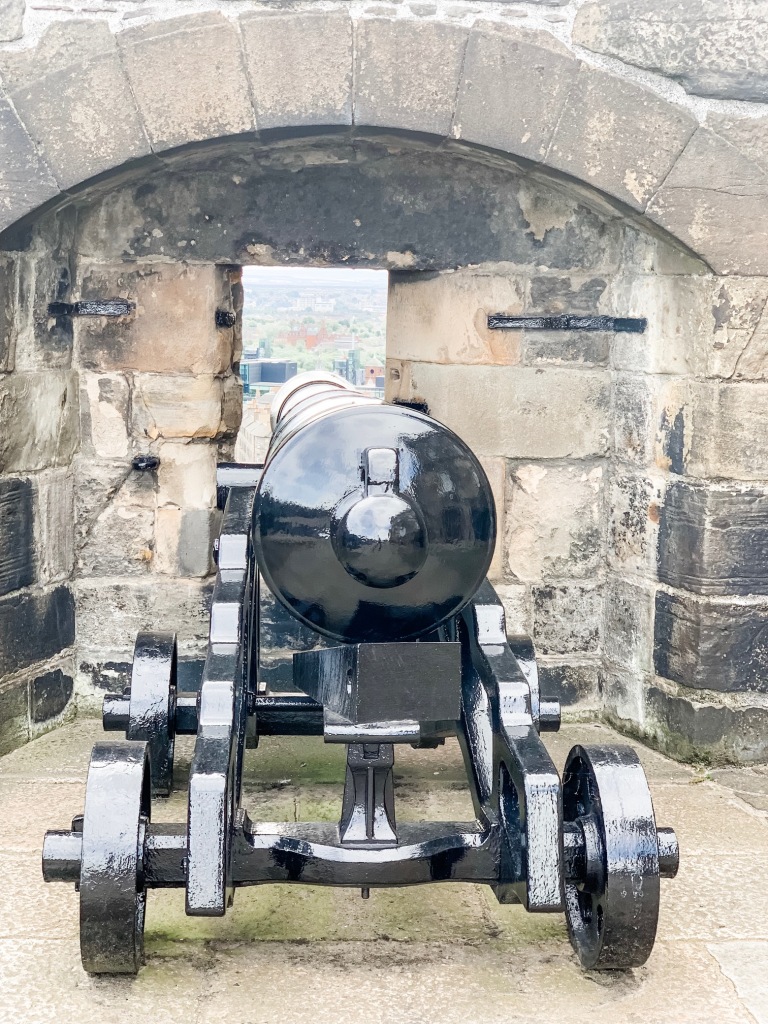 The Castle offers fantastic views over Edinburgh. Each portion of the Castle offers a slightly different view. There are also a bunch of indoor exhibits to check out – including exhibits on the prisons! 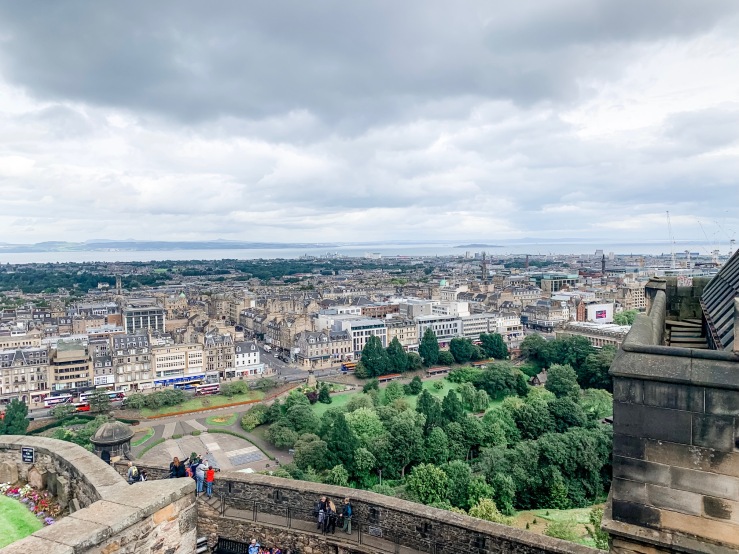 Our day ended with a walk back down the Royal Mile – this time all the way down to the Palace of Holyroodhouse, commonly referred to as Holyrood Palace, where Mary, Queen of Scots lived. Currently the Palace is the official residence of Queen Elizabeth II in Scotland. Queen Elizabeth II spends one week at Holyrood Palace in the beginning of summer. 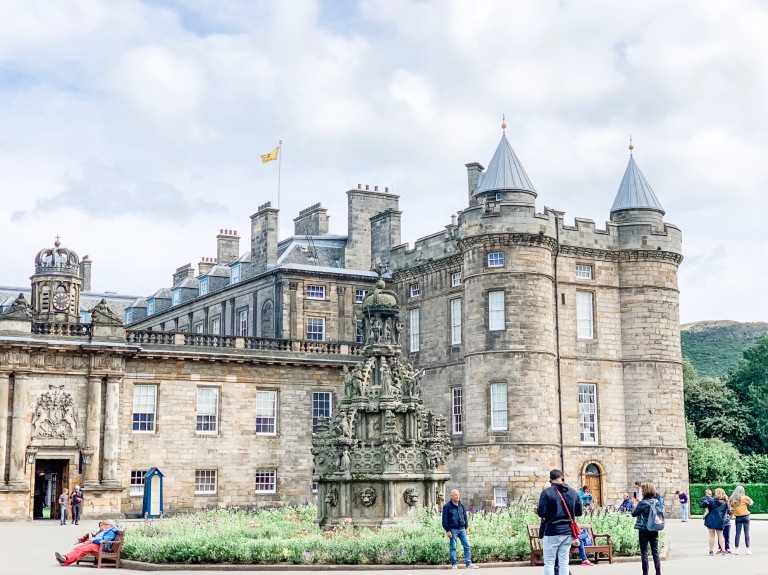 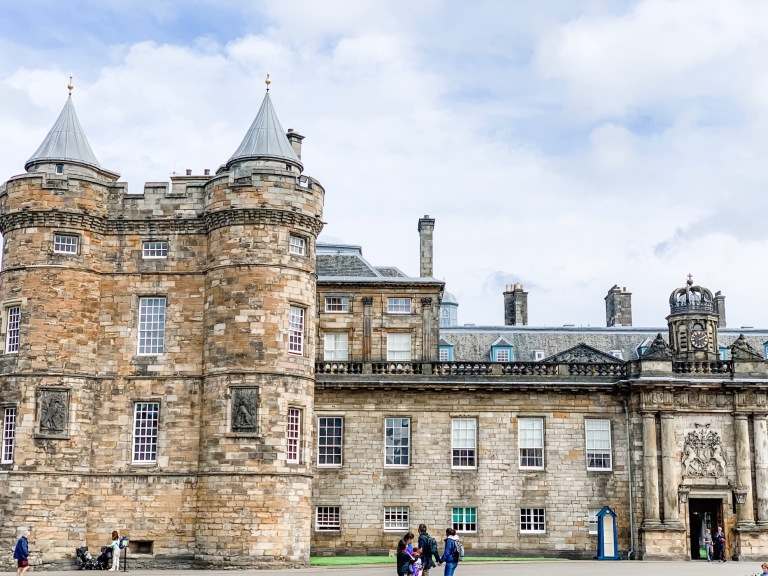 One thought on “Edinburgh Day 1: Cathedrals, Castles, and a Royal Mile”