Our 5th day in Iceland began just like our 3rd day – it was windy and rainy, but we nonetheless ventured out to meet our tour guide. This time, we would be touring Southern Iceland!

Our tour visited a lot of places and it was a very, very long day. Here’s where we went!

Reynisdrangar are basalt sea stacks that stand under the Reynisfjall Mountain, at the end of a black sand beach. Reynisfjara beach, where Reynisdrangar stands, is considered one of the most beautiful non-tropical beaches in the world.

Our tour guide told us that legend says the sea stacks were formed when two trolls were trying to pull a three-mast ship to the shore. They were caught by the sunlight when the sun rose and turned into stone. They now sit on the beach forever as stone stacks.

The beach itself is super beautiful. The waves are very dangerous here – they come up really high up on the shore so you always have to make sure you never turn your back to the ocean. The waves can suddenly come up and sweep you out!

Sólheimajökull is a part of the Mýrdalsjökull glacier, which covers the Katla caldera, a fierce volcano that will one day erupt. A visit to Sólheimajökull will show you that climate change is a real thing. Our tour guide told us that at one point, Sólheimajökull reached out into the parking lot. Now, it’s a solid 20 minute walk until you reach an actual part of the glacier. As you walk further in, all you see is brown water and dark ice bobbing in the water – a result of pollution and volcanic ash. 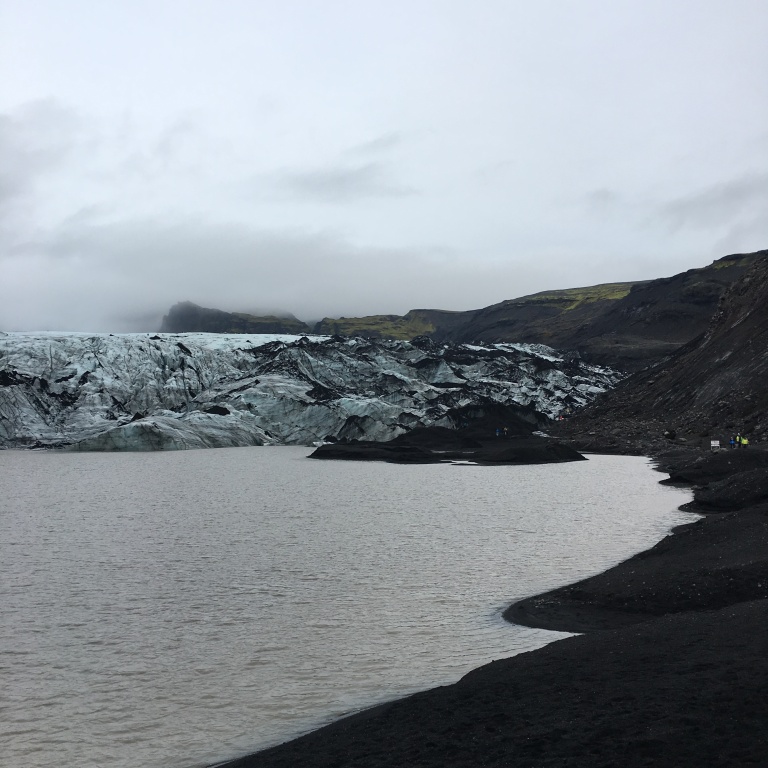 When one thinks of Iceland, one thinks of glaciers. Sólheimajökull was the only glacier we saw during our trip (the road to Jökulsárlón closed midway through our trip). Despite the fact that it didn’t look like what most people think of when they hear the word glacier, it was a really powerful and striking image for me.

Skógafoss is a waterfall situated on the Skógá River in southern Iceland. It is one of the biggest waterfalls in the country. According to Viking legend, the first Viking settler in the area buried treasure in a cave behind the waterfall. The legend claims that locals were able to find the chest of treasure, but was only able to grab the ring on the chest before it disappeared. I wonder if there’s still treasure back there?

Seljalandsfoss is a waterfall in the Southern part of Iceland. It is one of the best known waterfalls in Iceland – partially because you can walk behind the falls into a small cave. I think it’s really, really neat that you can do this. You do get super wet if you go all the way back there, so do go prepared. 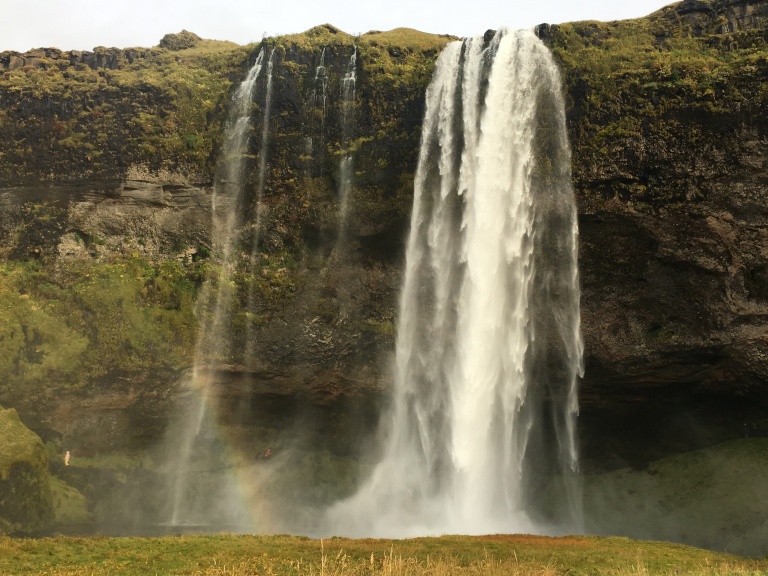 We went to about 4 waterfalls during our time in Iceland and I think Seljalandsfoss was my favorite one. It’s very subtle and small, but I loved how beautiful it looked in the sun. We even managed to catch a bit of rainbow when we were there.