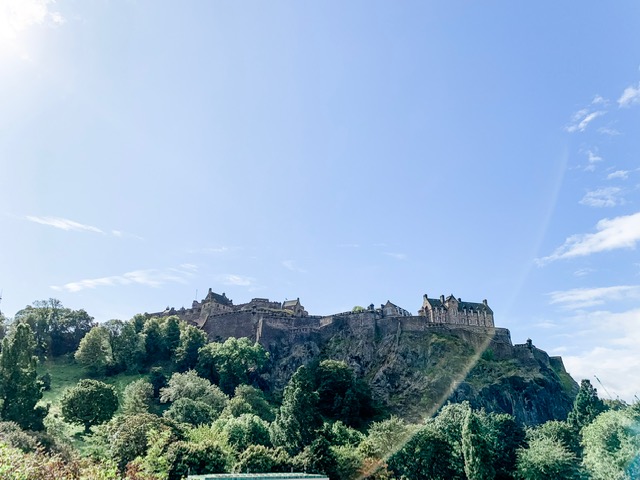 Our 2nd day in Edinburgh began with a tiny bit of a lie in. We were just so exhausted by all the exploring we did the day before! After a leisurely breakfast at our hotel, we headed over to Calton Hill. Calton Hill is one of Edinburgh’s main hills and is right in the city center. It’s a short 5-minute hike uphill to get to the top, where there is an unfinished Athenian acropolis. 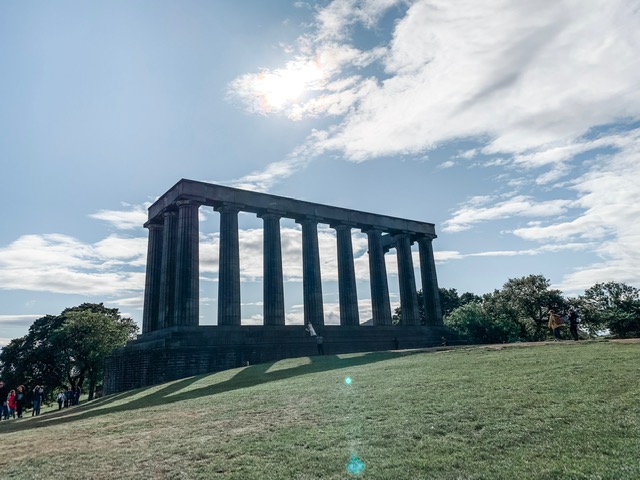 Construction of the monument began in 1816 and was originally meant to be a replica of the Parthenon in Athens.

Also at the top of Calton Hill is Nelson’s Monument, named for the British admiral who fought during the Napoleonic Wars. You can climb to the top of the monument for £5.00 for a better view.

We opted not to climb the monument, because we thought the views from Calton Hill were just as good. Here you can see Arthur’s Seat, the highest point in Edinburgh.

It also offers a really nice view of Princes Street and the Edinburgh Castle in the background.

Since you can walk around the entire hill, it offers a pretty sweet 360° view of Edinburgh.

After walking through the Gardens, we headed across The Mound over into the Old Town. We had 1pm tickets for the Scotch Whiskey Experience, an attraction on the Royal Mile that tells the tale of Scottish whiskey. If you’re looking to learn more about whiskey, I highly recommend making a visit. A standard silver tour starts off with a barrel ride that takes you through whiskey production. Then, a guide will give you an explanation of the different regions in Scotland and their unique whiskey flavors. The silver tour ends with a whiskey tasting and a visit to their whiskey closet. 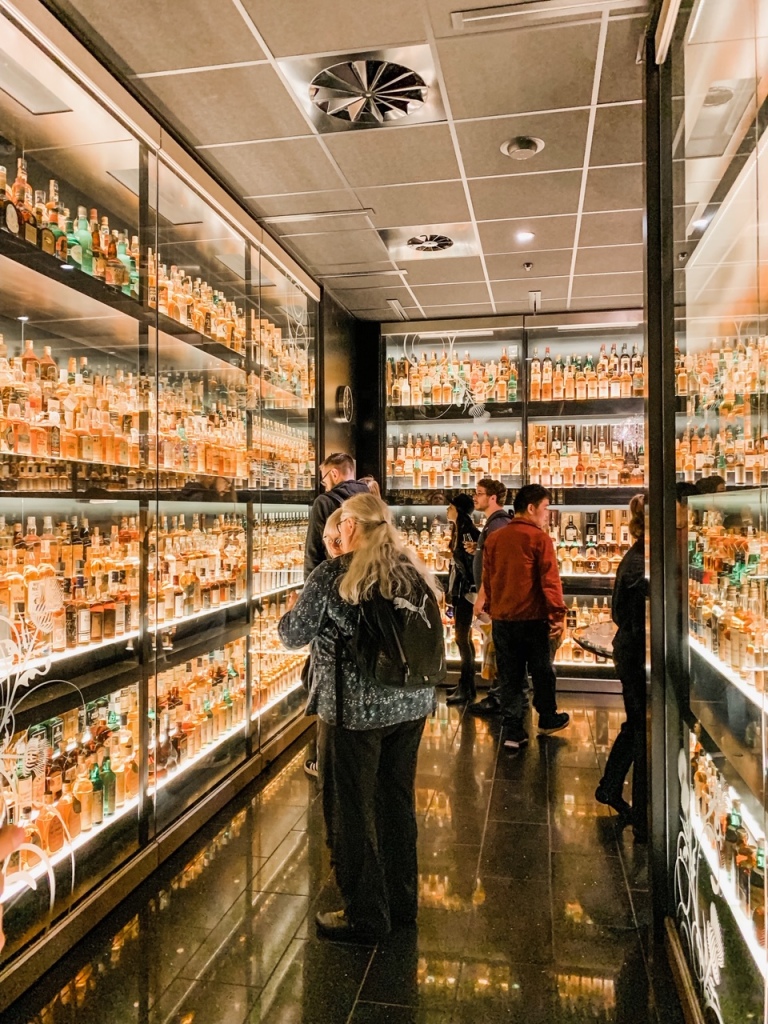 Our gold tour also included an extra tasting of four different whiskeys from four different regions: Highlands, Lowlands, Speyside, and Islay. My love for Speyside whiskeys was cemented during this tasting. X learned that he liked whiskey from the Highlands and Islay regions.

Our last activity of the day was a visit to Royal Botanic Garden Edinburgh. The gardens are free to enter, but the glasshouses will cost £7.00 for admission. We opted to pay the admission fee for the glasshouses. 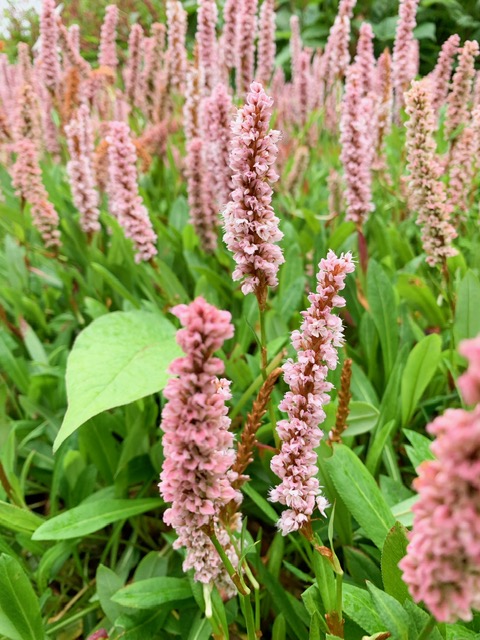 X and I are huge botanical garden fans so we’ve been to quite a few together. There were so many different and unique plants and flowers inside the glasshouses that we’ve never seen before. If you’re a plant enthusiast like we are, I highly recommend paying the Royal Botanic Garden a visit. It’s a great way to spend a few hours. 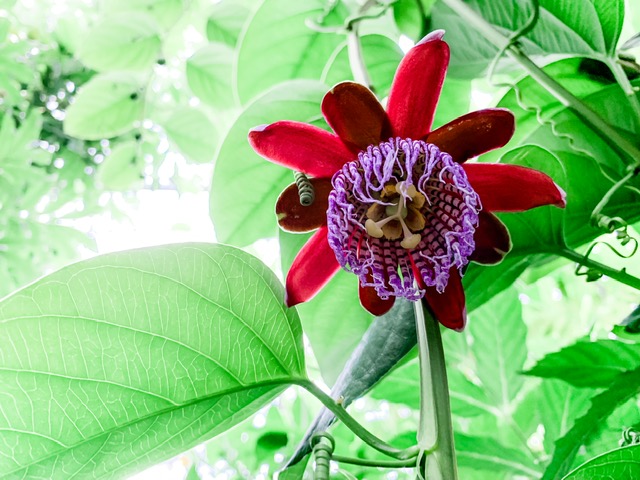